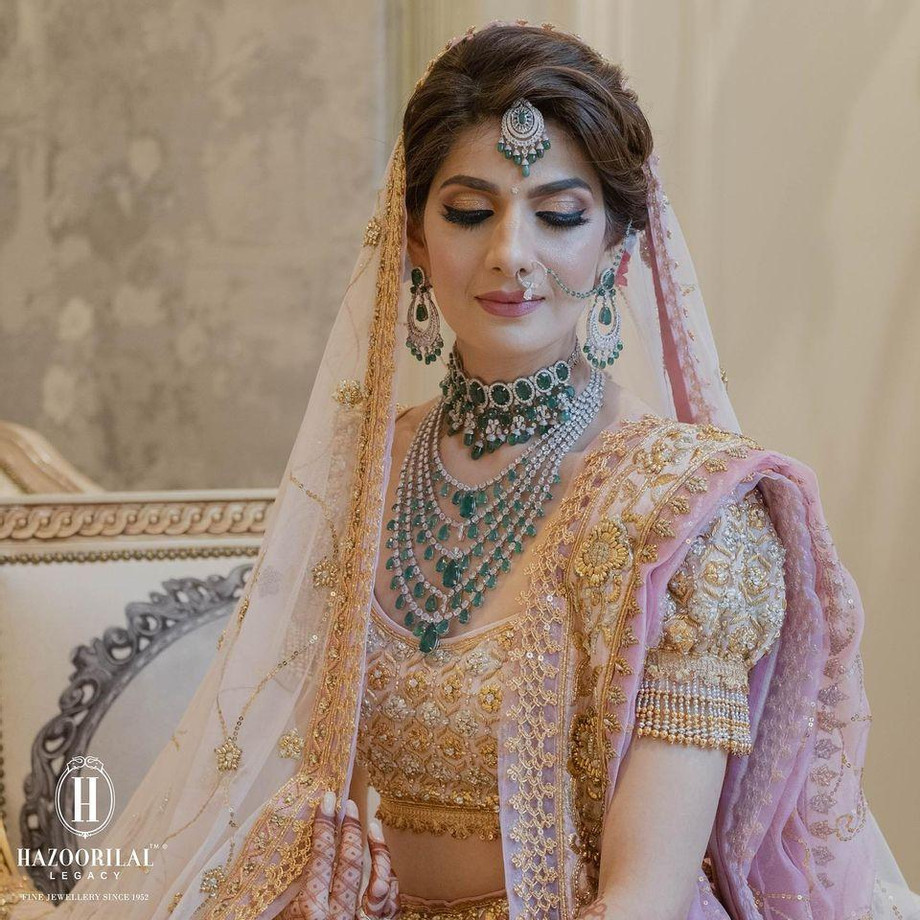 Jadau Jewellery can be found at any household in Delhi, its value due to the royal pattern is deep rooted in the indian tradition. Often is passed down from generation to generation as family heirlooms. From the Royalty to the commoners everyone jadau jewellery can be found in every nook and corner of our culture. While Jadau Jewellery is deeply embedded in our traditions and cultures, the market now has brought about a new variety that combines tradition and modernity. To understand its value in the indian culture we first have to dive into the history of the same. 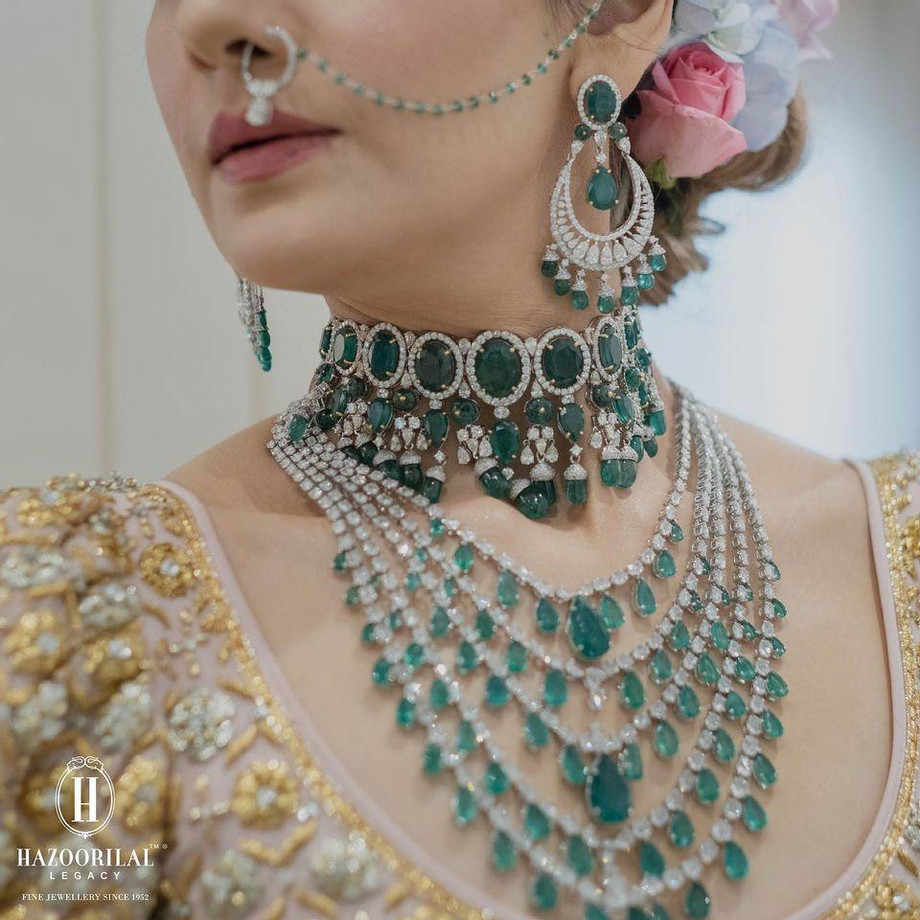 The influencer of emperors over centuries makes Rajasthan the backbone of culture and history. Jewellery handcrafts such as Kundan and Jadau jewellery is an important part of the Rajasthan culture. The detailed art of making a Jadau piece was introduced in India by the Mughals and further expanded in Rajasthan and parts of Gujrat. Skilled craftsman of Rajasthan, practiced this art with full attention, making Rajasthan the hub of Jadau Jewellery.

‘Jad’ is a colloquial word from where the term ‘Jadau’ comes from. It essentially means to embed or but in place. Jadau Jewellery is the amalgamation of using diamonds in Kundan and Polki work and Meenakari, skills of which originated in Bikaner. The laborious task of handcrafting each piece of jewel during the Mughal era screamed bespoke and grandeur with every shine and shimmer.

It involves competent and one-of-a-kind craftsmanship, which, of course, adds to its allure. Traditional jewellery is made without the use of technology, which increases the number of man hours required to make it and makes it extremely valuable. It's all done by hand. If you ask me, it is undoubtedly a reminder of our country's rich cultural heritage. It is a tedious process depending upon the piece that is being worked on; it can take from days to a few months to be ready. The work needs to be done with the utmost care and finesse. 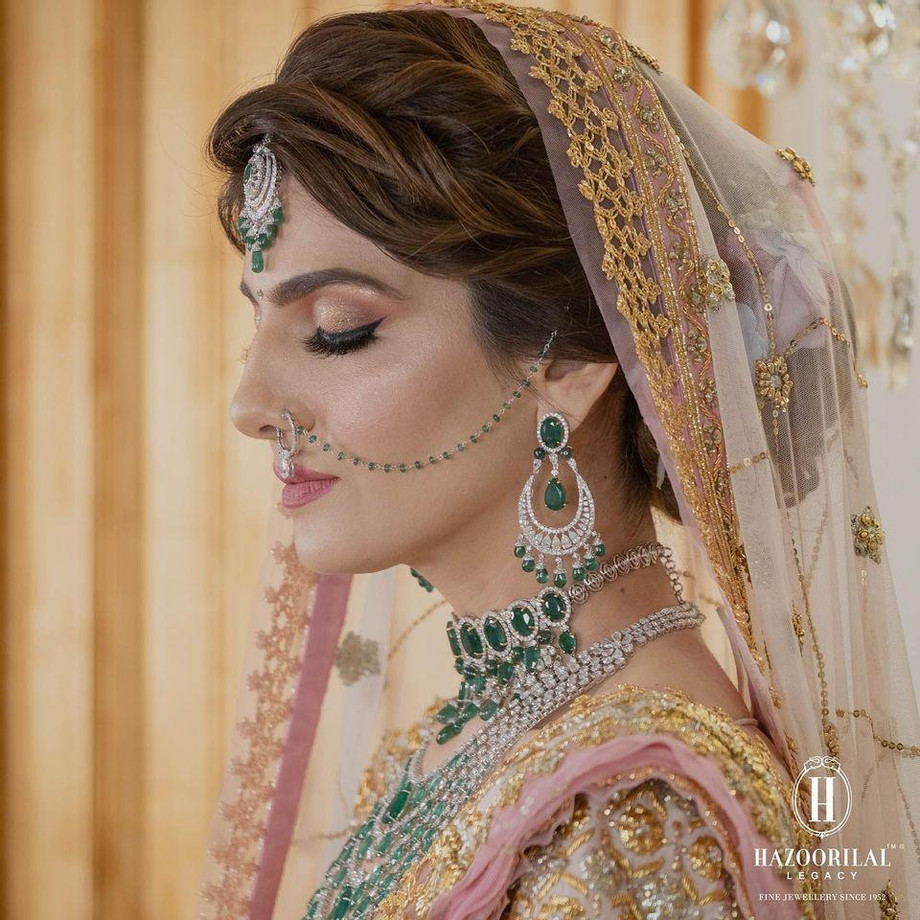 Often one might confuse kundan and jadau as one. However this is not false. The difference between both of them is that Jadau consists of all uncut diamonds and stones. Whereas Kundan Jewellery consists of glass or stone inlays. Making of Jadau consists of a technique where uncut stones such as diamond pearls, emeralds, rubies and so on are placed into gold. This means that the frame in which the gems would be placed would be based out of gold and later the stones would be studded inside the moulding gold without the use of any other adhesive.

The skilled rajasthani group artisans who design the Jadau pieces  are called Chiterias. Once the design is created, the piece is passed on to Ghaarias, another group of artisans who possess the art of engraving and making space by shaping or moulding the gold. The stones are left to naturally set in the gold frame. Finally it is passed on to the enameller to decorate the back of the jewellery in meenakari work.