Been gone for a minute, but im back! I just want to thank you for reading this blog throughout the year.. this blog is meant for US to discuss fashion, trends and most of all our OWN STYLES.. thank you very much.. and i promise next year will be even better..
Well, with that said.. Tis the season, thats right.. snow, chill.. but you can still look Debonair when your keeping warm inside, at the office and out shoveling snow.. Below are some looks to get you some inpiration on what to wear this winter.. 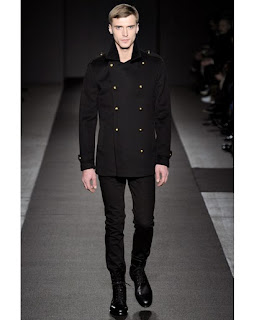 "Minor trend, we noticed a lot of military touches involved brass buttons and I'm usually someone who says calm down your peacoat with dark buttons and make it subtle, but I liked this Sgt. Pepper moment." 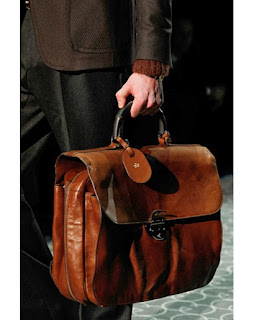 "I love knapsacks, but I think we are knapsacked out. If you're going to spend a lot of time with your outfit and look like a Milanese man who heightens the color of your sock or wears brown shoes, don't carry a JanSport. This is the finished-off look. There's something cool about a guy that carries a briefcase. It gives you a secret agent mojo." 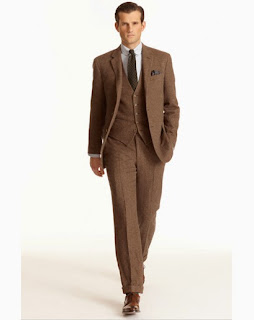 "The brown suit has been, in the past, something to be wary of because it had that overly autumnal palette that got heavy and very kind of old-looking, but these are infused with a lot of youth. They're warmer browns that are complimentary to the skin tone. It's like when we talk about camel coats, they look good on anyone, they look great on any skin tone and a lot of browns are forgiving browns. Warmer." 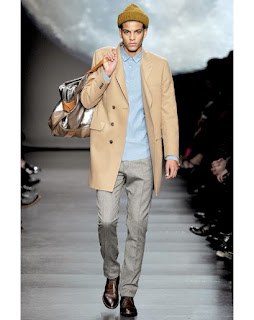 "There's an ebb and flow with camel coats, but for 2011-2012, they're slimmer, more youthful, and spirited—that's why I've called them Camel Lights. Don't feel like you have to put it over a pinstriped suit and wear it down to your ankles, or with your Windsor knot. I love the fact that some are camel hair but for the most part they're cashmere and wool, this one from D&G is moleskin. It's all about the accessories and the cool cardigan with a polo shirt and the skinny jeans. We turned the camel hair on its head, there's elegance there, but we took away the stodginess." 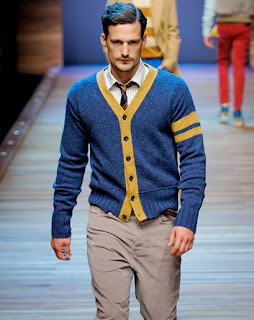 "This is not your typical cardigan. At this point in a guy's wardrobe, he's got cardigans. This is a chance for guys to buy something that makes a nod to that varsity jacket. It's collegiate, that's a cool thing. It doesn't mean go back to college, it means you can look like a cool, collegiate guy. It adds robustness and color. It's graphic and, again, slim-cut. They're strong enough to wear on their own. You're not hiding underneath the coat." 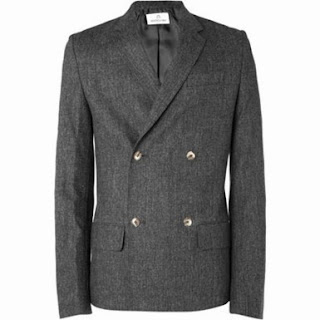 The tweed blazer.. this one double breatsed..should i say anymore..perfect with a pair of Japanese Denim Jeans and Polo Duck Boots.. or a nice pair of wool slacks and Oxfords.. 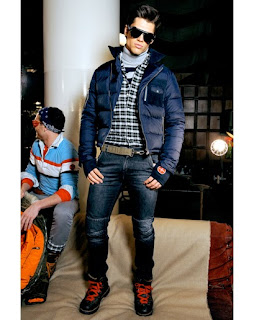 "These are down jackets that have a lot of spirit to them; they're a bit shorter. Michael Bastian for Gant did this, it was a moto jacket but he did it in down. Trying to get away from that black simple Prada sport jacket. I'm sure you'll see versions at Uniqlo this season." 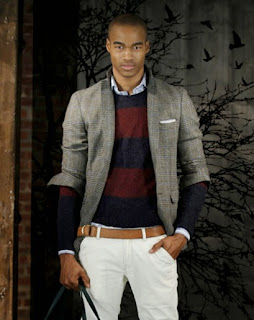 "These are the sweaters we featured on Cam Newton in our July issue—we instantly saw this at the shows; it was just stripes everywhere. I knew we'd find these at great price points. The Gap makes a good one, Tommy Hilfiger makes a great one. Every guy looks good in a bold chest stripe." 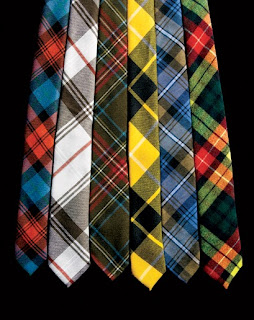 The pattern that the Scottish call tartan and Americans call plaid originated a few thousand years ago and became globally cool by the nineteenth century. That was a long time ago. Today this most classic of menswear looks is getting a twenty-first-century jolt, thanks to a handful of creative tie designers. The color combinations are edgier and the tie width has shrunk, so you can feel meaner and leaner. The wool fabric stands up to your sturdier fall looks. Match one with a white oxford shirt and a flannel suit to get the boardroom buzzing, or team it with a chambray work shirt and a tweed jacket to get buzzed on the weekend. Either way, you'll be a little more rad in plaid. 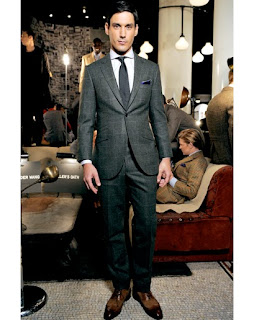 "There's nothing scary about this. The palette is neutral, the idea is putting a denim shirt or a pair of khakis with it. All of this simplifies it, demystifies what guys think the double-breasted suit is. This is the add-on for fall. This is like last year's 3-piece. It's amping up your suit wardrobe with one piece.
That's this season: The slightly swankier, more elegant, more mogul-feeling, impress-the-hell-out-of-people dressing. Whether it's a colored sock or a double-breasted or a turtleneck or a new way to wear a sportcoat, the whole season is about taking some risks, but also showing guys how to do it confidently." 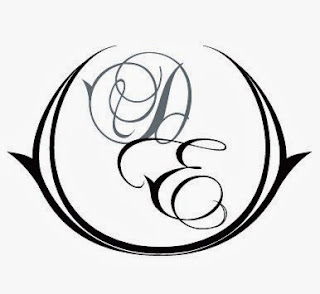 So Viewers.. let me know what you think?
http://thedebonairextraordinaire.blogspot.com/