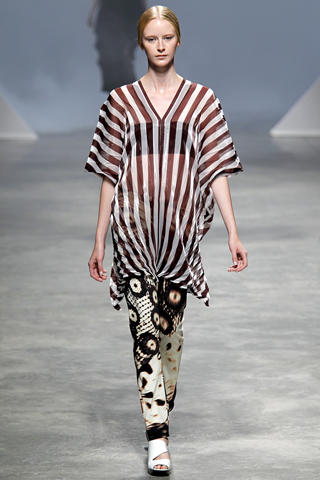 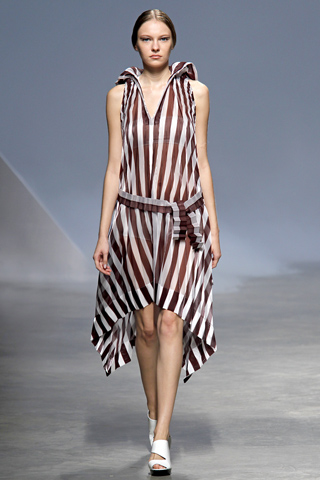 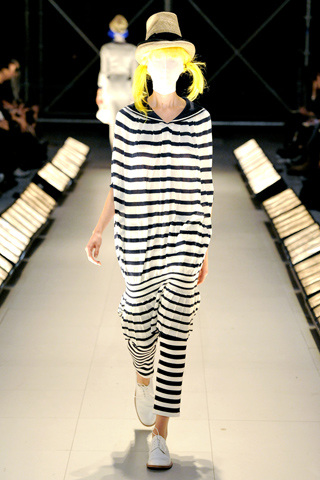 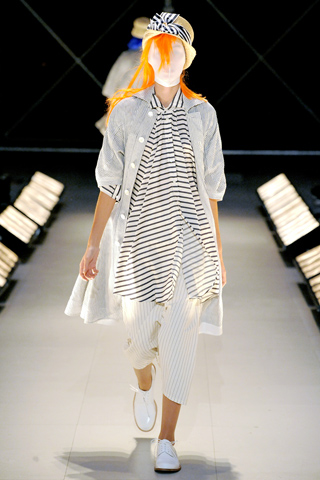 The previews of Spring 2011 continue to anticipate us for the future season. The runway for me is one of my most influential inspirations. Show after show I pick and choose what I think will conquer the fashion market. Prophetical designers such as Prada, etc. guide the way into future trends that are one step ahead of even some of the other 2011 designers. For Spring 2011 there as already been a prevalent amount of trends from designer to designer, show to show, but the one I have chosen to be really focus on is the connection between runway designs and jailhouse attire. Of course, jailhouse attire does not nearly amount up to these ready to wear designs, but they do resemble one another in a quite distinctive wail. In my previous blog post titled, "Jailhouse Rock", I had referred to the allover bright orange pieces that were displayed on the runway from multiple designers that seemed to echo bright orange jumpsuits one might where while serving time behind bars. At that point, I had left it at the bright orange look a likes an assumed bright orange would be the only way this Jailhouse Rock trend wold be represented in the Spring 2011 lines. However, as we moved into Paris for fashion week I came across something else. In the images above form Paris, a number of designers shows us their take on Jailhouse Rock my incorporating the ever so famous black and white horizontal stripes worn by criminals and felons. This has lead me to believe that my concept of Jailhouse Rock was for one, beyond the limitations of the bright orange, and trend that truly will develop as we move towards the Spring 2011 season. Looks like we all may do the inmates a favor and make them a little bit more fashionable ;)