What Is Kith and Why Are Street-Style Stars and Cereal Lovers Obsessed With It?

Kith is the king of collaborations, pumping out as many as two or three limited edition collections per month. Founder Ronnie Fieg is constantly at work on his next projects, which can range from partnerships with little-known international picks to pop culture icons, such as the recent collection themed after Rugrats, a Cap’n Crunch cereal bar earlier this fall, and a top secret project with Coca-Cola out later this year.

“There’s always the difficulties of making sure you keep both brand’s DNAs in anything we create,” Fieg tells Allure of all the different collaborations that have spanned the brand’s five year history. "There has to be the right reasons to do things. It’s not based on a check or money. It’s always based on what’s missing for the consumer and how can the consumers appreciate this in the way that we can extend what our brand represents." 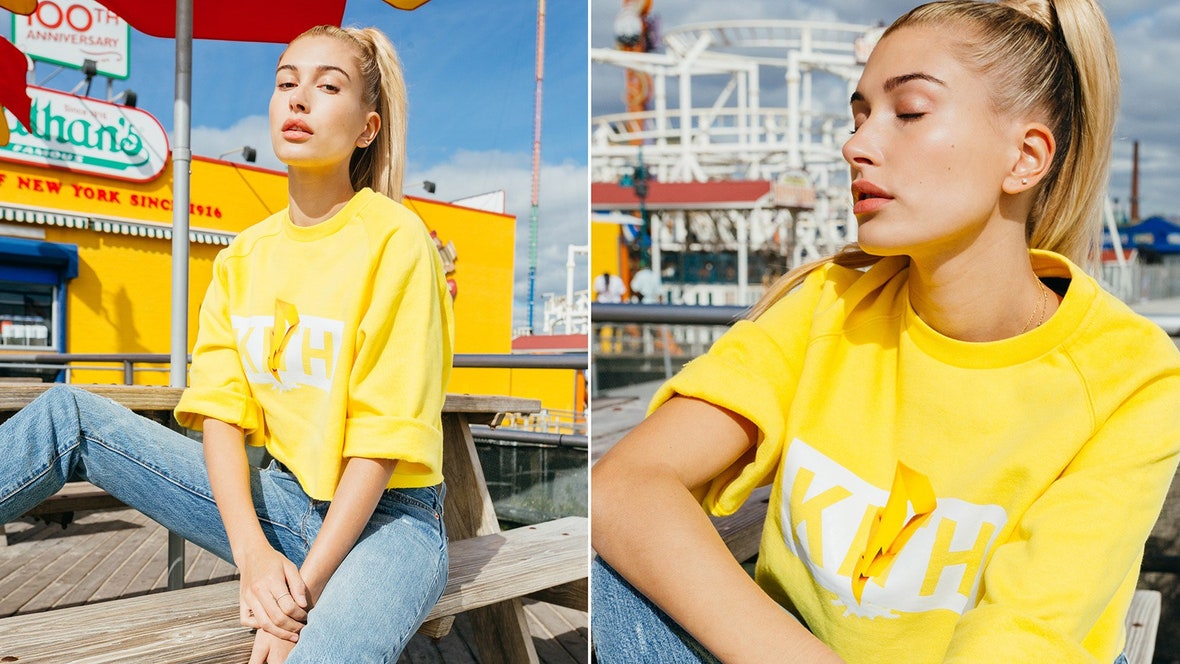 One thing’s for certain: With Kith’s NYFW debut in September and a rotating roster of cool and frequent collection drops, including a Power Rangers look book modeled by Hailey Baldwin and an upcoming shoot featuring cool girl Emily Oberg, the brand is certainly on many people’s minds. Here, we caught up with Fieg to talk about his upcoming projects, what it takes to make a successful collaboration, and his ultimate style icons.

I come from [footwear retailer] David Z, where I was working before I opened Kith. I was working with footwear brands on Special Make Ups or SMUs, for David Z, but I began to work on some projects there that were bringing out silhouettes from the archives, and just working on certain projects with certain footwear brands. Back then, it made me fall in love with the process of working with brands to help achieve success that they don’t currently have.

What’s been one of your favorite collaborations so far?

I have some coming up that are really important. I have a collaboration with Coca-Cola coming for the end of December. It’s really special. I got to achieve something that I’ve always wanted to do. I can’t really speak on the product, but it’s just the best possible thing you can imagine when you think about Coca-Cola as a brand. Being able to work on some of these coveted, classic American products with likes of Nike, Coca-Cola, Timberland, Columbia...these are like very important American brands that are iconic to me and my upbringing.

For the brands you do collaborate with, how do you get connected?

I would say 95 percent of the time, they happen based off of certain relationships I’ve built with people at the brand. I've been in the industry for a long time. It’s been 21 years. I am always interested in the opposite brands that I work with. The other side of the project has to be in the same mind of greatness and just trying to disrupt the market and do something different that nobody’s done. When our mind is set to greatness, that’s when good things happen.

I’ve been working on collaborative projects since 2006, which was 10 years ago. I’m about to release a collection this month, which is the 10 year anniversary of me working with ASICS. The word collaborations isn’t new to me, but I feel like the definition of collaboration has kind of gotten watered down based on projects that have happened that shouldn’t have happened. It’s very important for people to keep their integrity whenever working on a project and to make sure that you’re offering something that either brand couldn’t do on their own.

What’s the biggest thing you look for when partnering with another brand?

I see it as my responsibility not only to put out good product, but to introduce product to people for the first time. We’ve partnered with many brands that nobody’s ever heard of. In fact, we released a collection with Nishikawa down, which is a down manufacturer in Tokyo. They make down comforters. But we took their down filling and put them into these amazing outerwear jackets for the winter.

When you’re creating your own line for Kith, what inspires you?

My closet, usually. You look back at all things you loved since you were a kid, and those are the moments and memories that give you the feeling of love. I used to love the product when I was younger, so I take inspiration from my past and what’s missing in my closet. It’s always been a reflection of those two things.