Bollywood actress Tara Sutaria who walked into millions of hearts with her spectacular performance in Karan Johar’s Student Of The Year 2. Since then the actress has been stealing hearts not just on the big screen, but also with her statement looks.

From the gym to the red carpet, they can literally turn heads whenever they go. Recently, Tara Sutaria was a head-turner at Lakme Fashion Week as the stopper for designer Punit Balana.

Tara was seen in an elegant light pink lehenga from the designer that was just apt for spring-summer style. The lehenga featured a knot laded with blush pink flowers and a golden thread running through the fabric leaving an exquisite design. SOTY 2 actress completed her look with matching nude dupatta and looked picture perfect.

For her glam, she wore a thin layer of makeup and turned her locks in soft waves. She also opted for a pair of statement earrings, bangles and a ring. 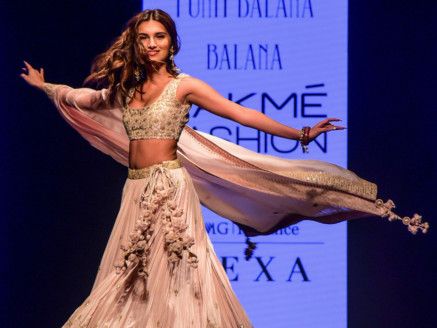