Neha Kakkar tied the knot to Rohanpreet Singh on October 24. The couple got married in two different ceremonies. One was the Anand Karaj ceremony that took place during the day in a Gurudwara and the other one was the Hindu wedding ceremony that happened in the night. Saying that Neha looked divine during both the ceremonies would be an understatement. Let’s take a look at what the singer wore during her nuptials.

The 32-year-old donned a beautiful blush-pink lehenga for the day ceremony. Neha’s lehenga-choli set had intricate multicoloured floral embroidery all over. To complete the look, Neha opted for two sheer blush pink dupattas. The singer accessorised her outfit with a statement choker that had hints of pink in it. She also wore matching earrings, a maang tikka and a paasa along with her bridal outfit. 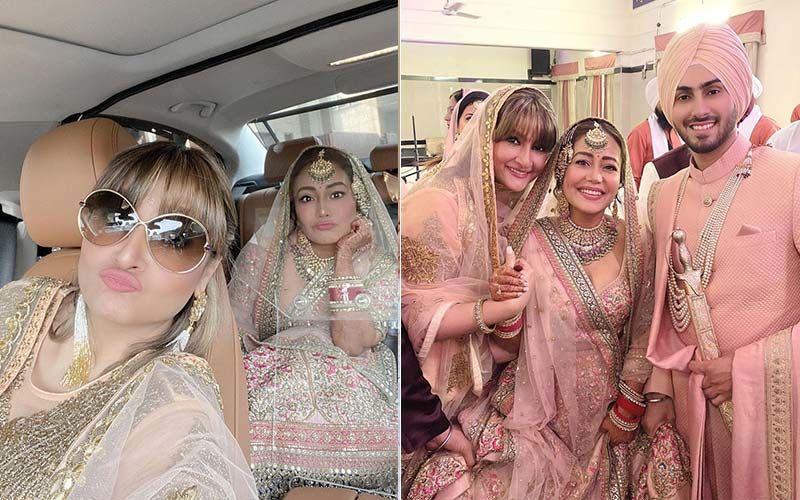 For night wedding ceremony Neha was a vision in her deep-red lehenga, which she wore for the Hindu ceremony. Her outfit was from the shelves of the designer duo Falguni and Shane Peacock. Even Rohanpreet’s ensemble was by the same brand. 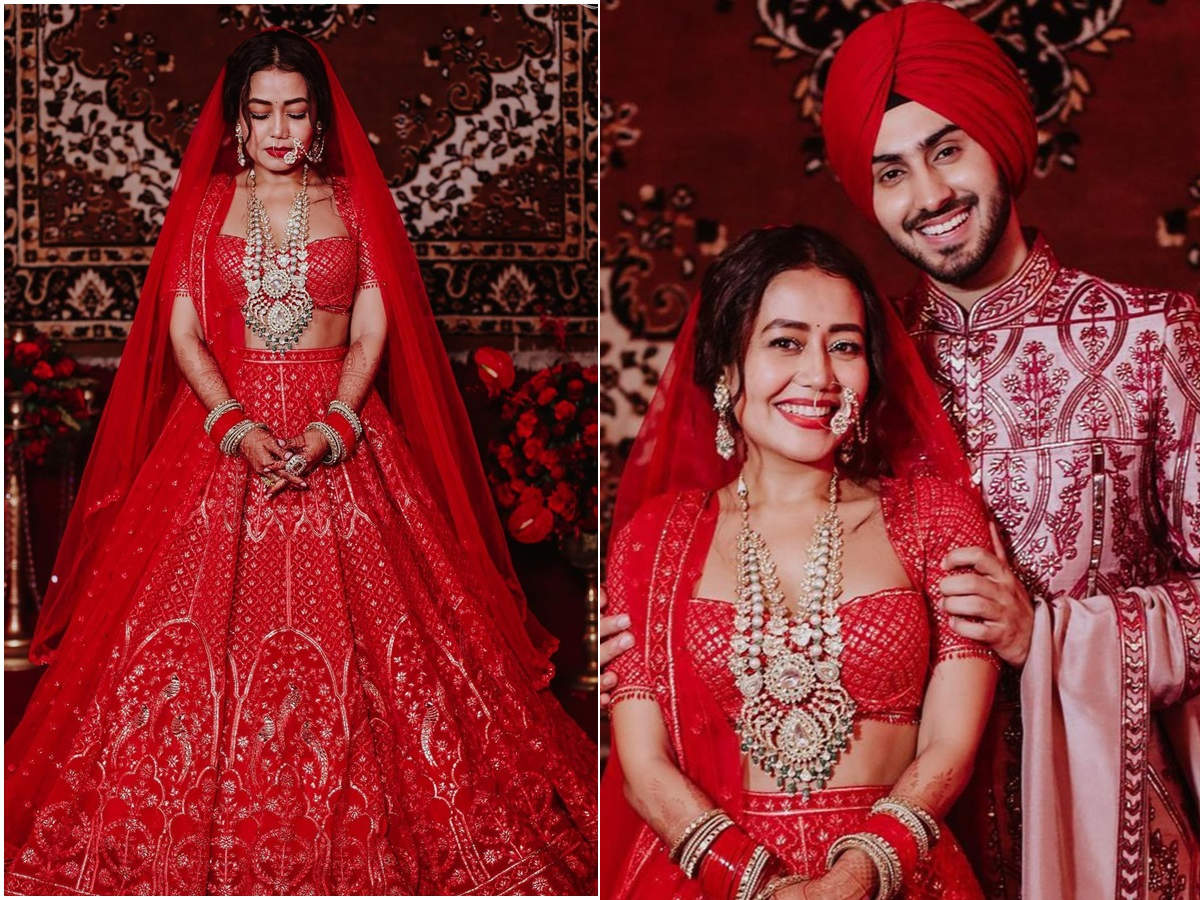 Neha’s choli featured a square neckline which had intricate silver embroidery all over. The skirt of her lehenga also featured similar embroidery. Neha carried two dupattas with her lehenga, one of them was placed on her shoulder and she used the other one as a veil by attaching it to her hair bun. To accessorise the look, the bride wore a statement kundan neckpiece which she teamed with matching earrings, rings and a gorgeous nath. 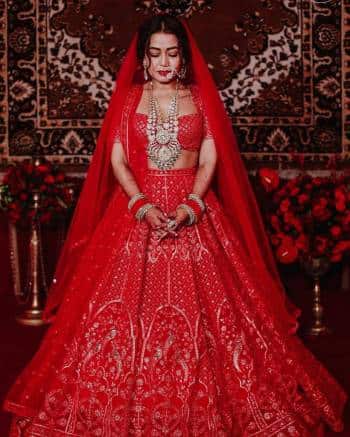 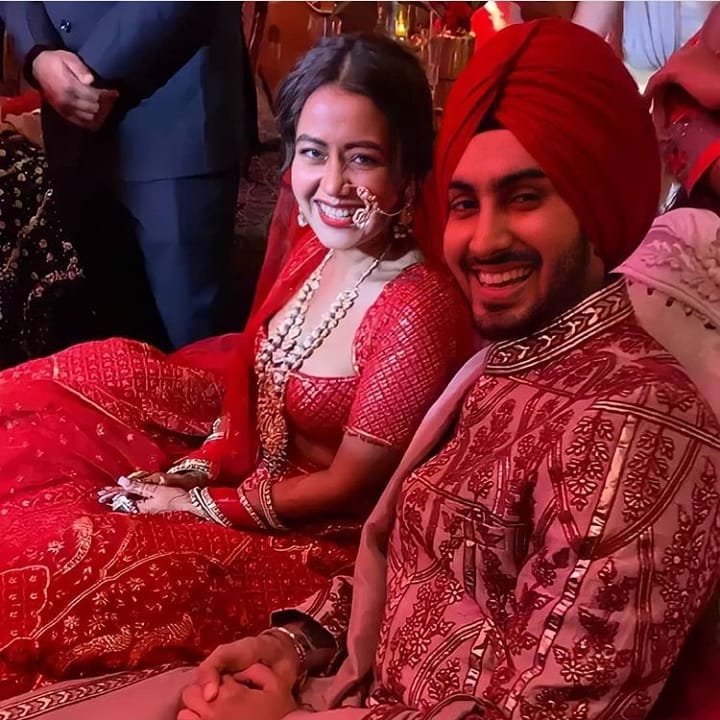