Rekha is a stalwart of the fashion scene in Bollywood, and has seen more awards and red carpets than we can bear to enumerate. Therefore, it should be no surprise that with her latest appearance at a film screening in Mumbai, the veteran actor once again impressed fans with her fashion choice and 'beauty'. On Saturday, Rekha joined a host of celebrities such as Mahima Chaudhary and Poonam Dhillon as she graced the special screening of Gandhi Godse: Ek Yudh.

For her most recent public appearance, Rekha, who is often seen at Bollywood events and parties, wore a white saree with heavy earrings and matching white bag. The actor completed her signature saree look with heavy makeup, including bright red lipstick and sindoor (red vermilion) on her head.

The veteran actor has been mesmerising fans with her beauty and acting prowess since 1970s. Apart from her award-winning films, Rekha is also known for her hit songs. From Salam-e-Ishq Meri Jaan in Muqaddar Ka Sikandar to In Aankhon Ki Masti from Umrao Jaan, Rekha has featured in many iconic and evergreen Bollywood songs. The actor, who has not been seen in a movie for years now, is sometimes spotted at Bollywood parties and events. 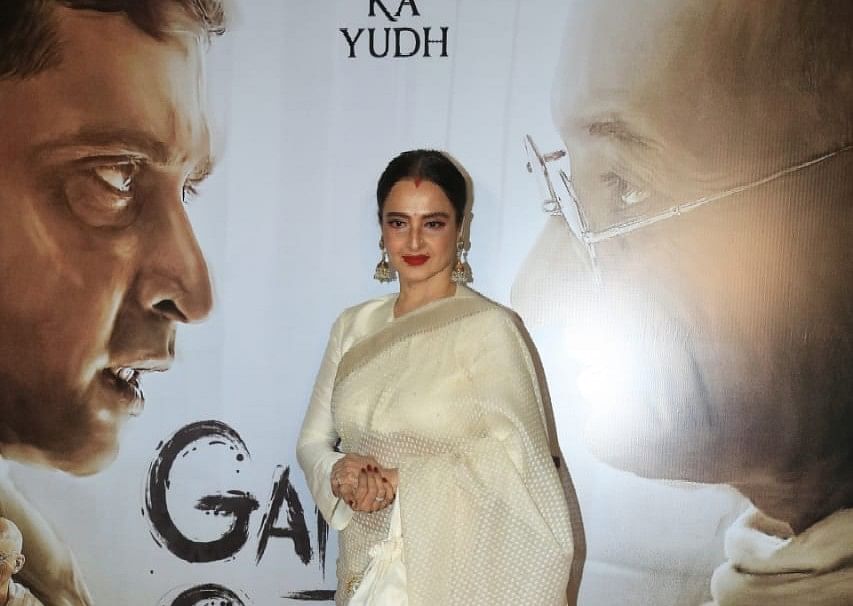 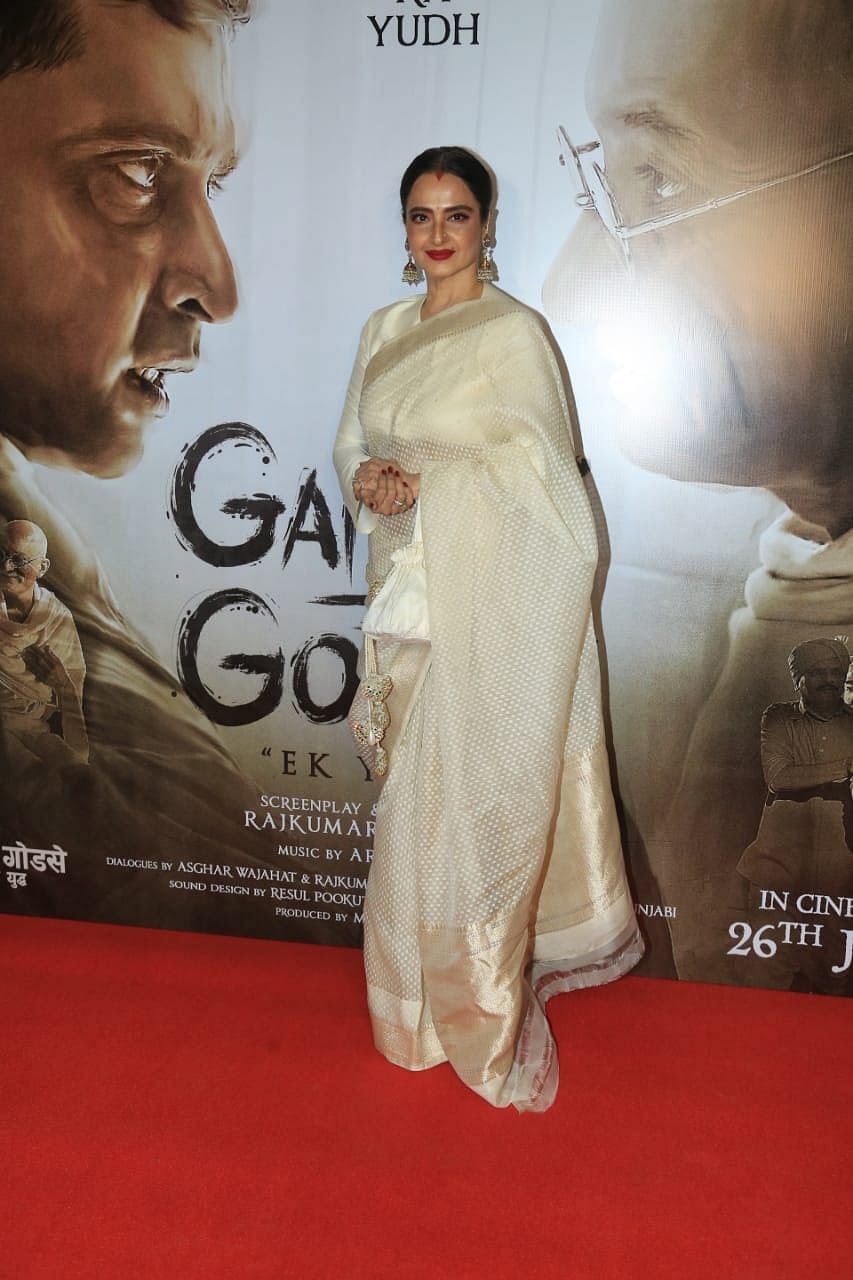