If you looking to book your Fashion, Portfolio, Advertising & Commerical Shoots

If you are looking for a high-level, professional fashion portfolio, A. Rrajani is the man you need to talk to. Mr. Rrajani delivers perfection in his Bollywood shoots, fashion shows, celebrity, and portfolio photography. Undoubtedly, he is one of the renowned fashion photographers in Mumbai for glamorous shoots.

Suresh Natarajan is well-known famous fashion photographers who have made a significant contribution to the fashion industry in the past 2 decades. His work is a true inspiration for upcoming photographers. Suresh was born in Kerala and later immigrated to Canada in 1985. He graduated from the Ryerson University in Toronto. He had a strong passion for photography and so he completed his one-year diploma in TV production at Maclean Hunter TV, Toronto.

Suresh is known for his versatility and his expertise in working even under difficult conditions.

From big corporate names to fashion editorials, he’s been creating magic with images for over twenty years. He worked as an Assistant Director in two major Indian feature film projects as well.

Suresh is not on Instagram but some of his work can be found with This hashtag.

Jatin Kampani, one of the leading fashion photographers gained popularity at an early age and has a vast knowledge of rich quality photography. He has been listed in the top 200 Best Ad Photographers Worldwide, with his photographs featured in photography journals and fashion magazines around the world. He has also worked for some high brands like Loreal, Sony, Citizen, etc.

Atul Kasbekar is a Famous fashion photographer and Bollywood film producer. He is recognized for his Kingfisher Calendar shoots. He was also the honorary chairman of the Photographer’s Guild of India. Not just a photographer but he is also a Bollywood Film Producer. He also owns a celebrity management company named ‘Bling Entertainment Solution’.

Rohan Shrestha is a Nepalese origin, Indian-born photographer who lives and works in Mumbai and New York. Being the son of one of India’s pioneer photographers Rakesh Shrestha, his photographs have made the cover of several prominent magazines. Also, he has great experience working with many celebrities like Kareena Kapoor, Varun Dhawan, Deepika Padukone, etc.

R Burman is a very well-known fashion photographer in India. He has possessed a passion for photography since his childhood. He graduated from Brooks Institute of Photography in California, USA, and worked as a professional with popular names like Steven Klein and Mark Seliger in New York and Los Angeles for five years. Post that, he returned to India and started working as a fashion photographer with Vogue magazine. Ever since he has worked with many renounced fashion magazines in India.

Subi Samuel is one of the leading commercial fashion photographers in the Indian fashion industry. He has glamorized covers for a lot of popular fashion magazines. He has worked for many popular brands and also has glamorized many famous magazine covers. He has been awarded many times for his skills and also has worked with many well-known celebrities.

Avinash Gowariker, a well-known fashion photographer dropped out of his first year and opted for photography as his career. His work has been backed by celebrities like Ashutosh Gowariker, Aamir Khan, and Salman Khan. Avinash has worked for PETA, Filmfare, D’Decor, etc.

Daboo Ratnani is a name synonymous with fashion photography. He is known for his annual calendar which stars Bollywood celebrities that he started in the year 1999. He is not only a photographer but has also appeared on the judging panel of shows like India’s Next Top Model Season 1 and Season 2. He has been on the jury for the Miss India contest in 2000 and has also worked with many celebrities in the film industry.

The fashion industry is growing and the need for artists will never die. You too can look at fashion photography as a career and take inspiration from these professional faces. This is the list of Top 10 Indian Fashion photographers. 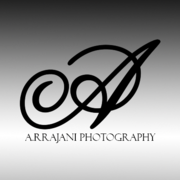 A.Rrajani Working As A Professional Fashion, Portfolio And Advertising Photographer Since Year 2000 From Mumbai, India. I Am Trained To Concentrate On Innovative Professional Photography Tasks Like Fashion photography in india, Acting &amp; Model Portfolio, Glamour, Advertising, Product, Beauty Pageant, Celebrity, Commercial And Advertising Photographer. I Deal With My Unique Level Of Sensitivity And Imagination, My Photographs Captures Feeling And Sophistication Mixing Drama And Beauty In Haute Couture Context Is A Key Signature Of My Work. I Have My Own Professional Studio Of 1200 Sq.ft In Mumbai.