India is a country that truly upholds and lives up to the phrase ''unity in diversity''. It is home to a billion people and has over a hundred different dialects. This country is a fine mélange of various cultures that stay together in harmony by maintaining its own individuality with pride. Every state in India has its language and customs that the people living in the state follow, and the Handloom industry is no different. Let us have a look at the handloom industry and its uniqueness to know this nation better. The word 'kalamkari' has two words in it, - 'kalam' means 'pen' and 'Kari' means 'work; This work was done by drawing motifs with colored pens on fabrics. This pen art is extensively used to depict scenes from Hindu mythology on sarees and dupattas. Kalamkari was patronized by Moghuls and the demand for this artwork is still on the rise. 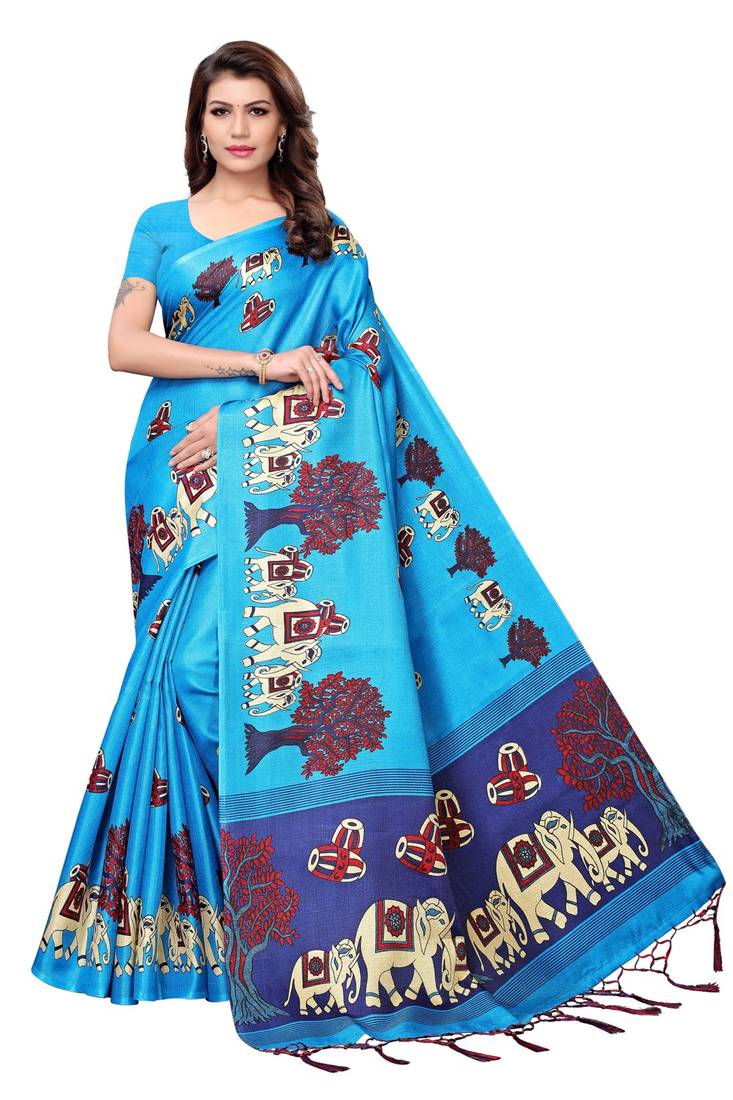 Original Muga silk can only be made in Assam. These silks have a natural golden tone to them, and their specialty lies in the fact that the sheen of a Muga silk gets brighter with every use. This fabric is used to make the traditional Assamese attire- Mekhla Chador.

The silk weaving industry in Bhagalpur is hundreds of years old and has a rich heritage. Bhagalpuri silk is made only from a specific kind of larva of a silkworm. It has a textured look and is revered by women across India. 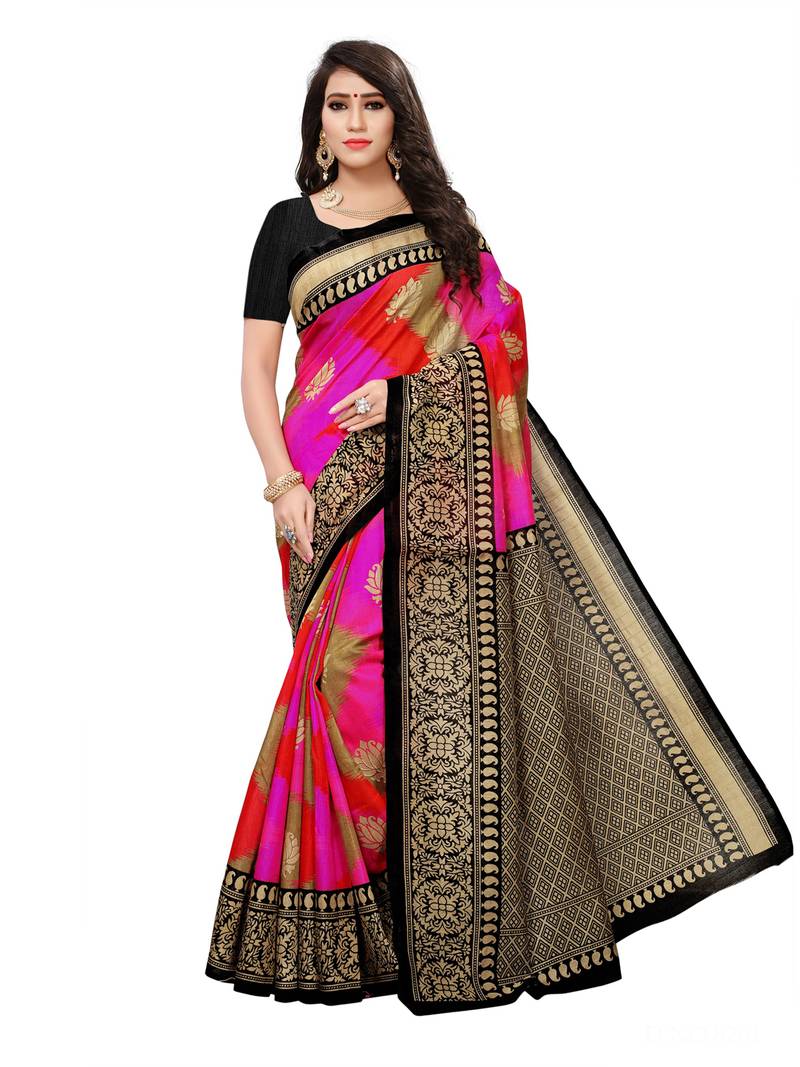 The finest Kosa silk comes from the Champa district of Chattisgarh. Artisans take anything between three to 5 days to weave a single piece of Kosa silk saree.  It is a kind of Tussar that is very durable and has a classy finish.

These chequered sarees were woven by the oldest tribe in Goa. Tribal women draped these sarees and worked on the farm-land. After the advent of the Portuguese, these sarees were much revered. However, recently the weaving of Kunbi sarees is seeing the face of a new sun.

The ancient art of making Bandhani is mastered by the Khatri tribe of Gujrat. Bandhni sarees are gorgeous, and they are made using the tie & dye technique. The most popular colors in bandhani saree are Red, Yellow, Green, and Black. The technique Panja comes from Haryana. It is specially mastered by the people in Panipat. The technique is named the tool used in the process in weaving. Panja is a complicated design and is generally woven on floor coverings. Threads that are a little thick are used to make Panja handloom creations.

Himachal Tours are incomplete without owning a Kullu Shawl, which is made with three varieties of wool- Merino wool, Angora Wool and Sheep wool which is procured locally. The price of these shawls tends to be on the steeper side; still, they are pretty high in demand, both in India and globally.

Kuchai is an organic kind of silk that are found in vibrant colors. It is a signature of Jharkhand, and its demand is rising with each passing day.

'Mysore'- the land where the valorous Tipu Sultan ruled is the producer of one of the finest silks in India. Mysore silk sarees are characterized by their excellent quality and golden zari work that renders immense beauty on each of the apparel. 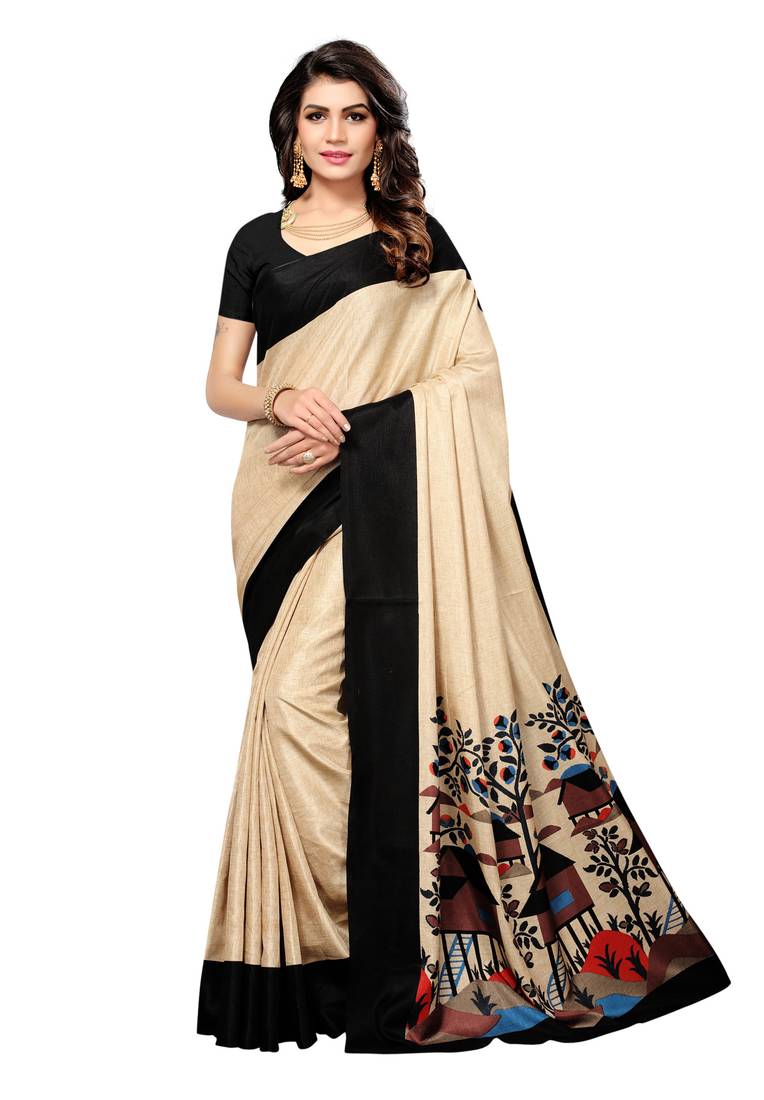 Kasavu saree is synonymous with a splendid form of simplicity. Traditionally these sarees are white or off-white with a golden border made of pure zari, which is especially worn on Onam, the main festival of Kerala.

Chanderi is a harmonious fusion of silk and cotton which flourished during the Mughal era. Shishupal, the cousin of Lord Krishna introduced Chanderi. Due to its super-light texture, chanderi is also called 'Woven air.' 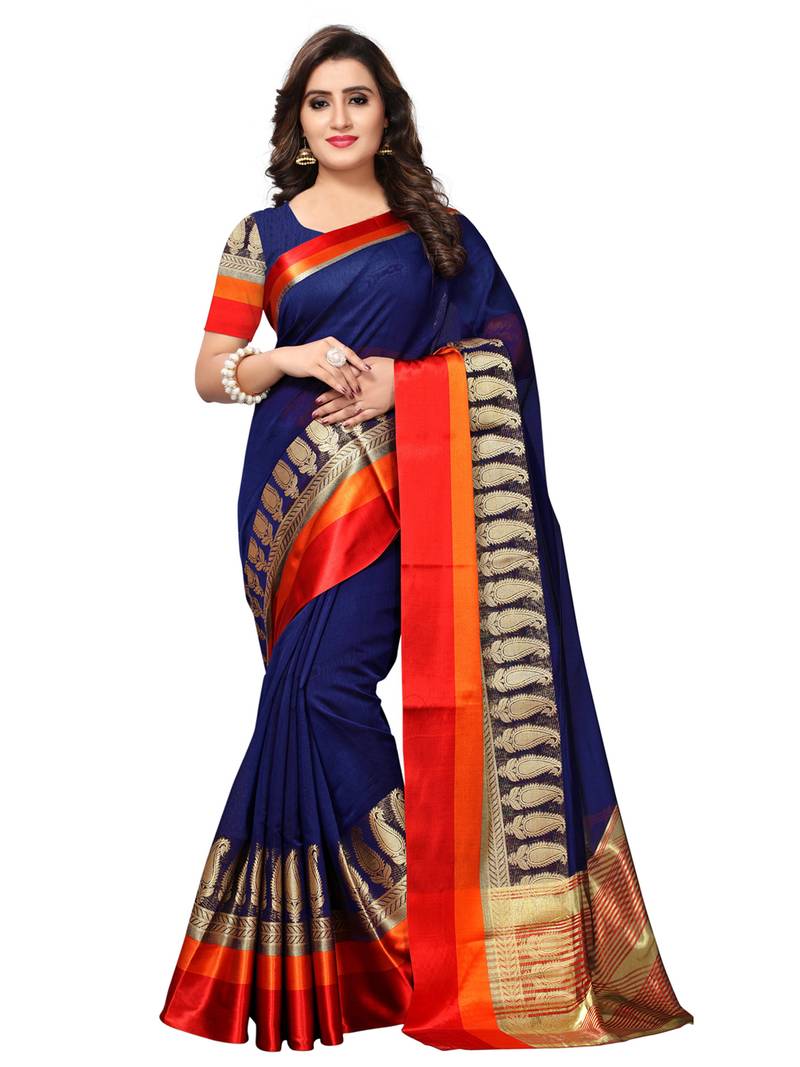 The specialty of Paithani saree is that it looks the same on both sides. It comes from a district called 'Paithan' in Maharastra. These silk sarees took an immense amount of hard work to be woven and were once upon a time called 'attire for the Royals.'

Phanek is the traditional wear of women in Manipur. It characterizes broad striped pattern with an embroidery border. It is worn with a blouse and upper cloth. 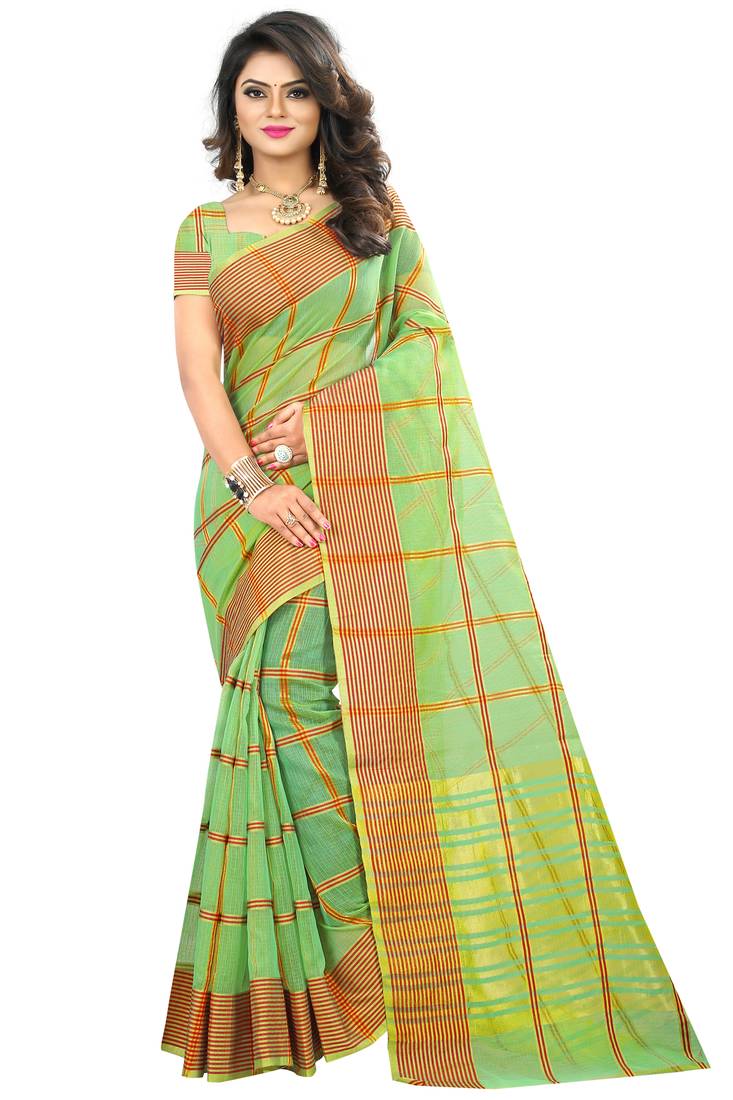 Eri silks are produced in an eco-friendly way, and it has shorter yarns than other silk. This type of silk has a dull gold sheen and is coveted in the eastern region of India.

This is a tribal attire that is mainly found in the hue of black & white with a few colored threads. It is a short skirt, and the designs can range from completely simple to absolutely intricate depending on the rank of the wearer.

These shawls are mainly woven with wool in red and black. Every region in Nagaland has its special pattern, and these serve as the traditional mark of the state.

The name 'phulkari' denotes 'work of flower.' It is an embroidery form that was traditionally practiced by women in Punjab. Apparels containing phulkari work are vibrant and a visual delight.

The 'Lepcha' handloom work derives its name from the Lepcha tribe in Sikkim. The basic fabric is cotton; wool is used to make several motifs over the cotton canvas and give it an aesthetic charm.

The hallmark of a true Kanjivaram saree is the finest quality silk and pure gold and silver zari used to weave its borders, motifs, and pallu. Amon all the silks that are available in India Kanjivaram remains to be the most revered one because of its excellent quality and a lustrous sheen. The Pochampally village is a World Heritage site declared by UNESCO, because of the conglomeration of over 5000 looms in the village, dedicated to weaving apparels with Pochampally Ikat motifs.

Pachra hails from Tripura and is a long waist cloth that descends till the knees. It is worn with Risi by women in the state. The beautiful handloom of Pachra is generally found in vibrant colors.

Chikankari flourished during the times of Noor Jahan in Lucknow. This handloom art consists if extensive embroidery of floral motifs on various fabrics. It was traditionally made of a white woven work on white fabric, but now chikankari work is found in all hues. 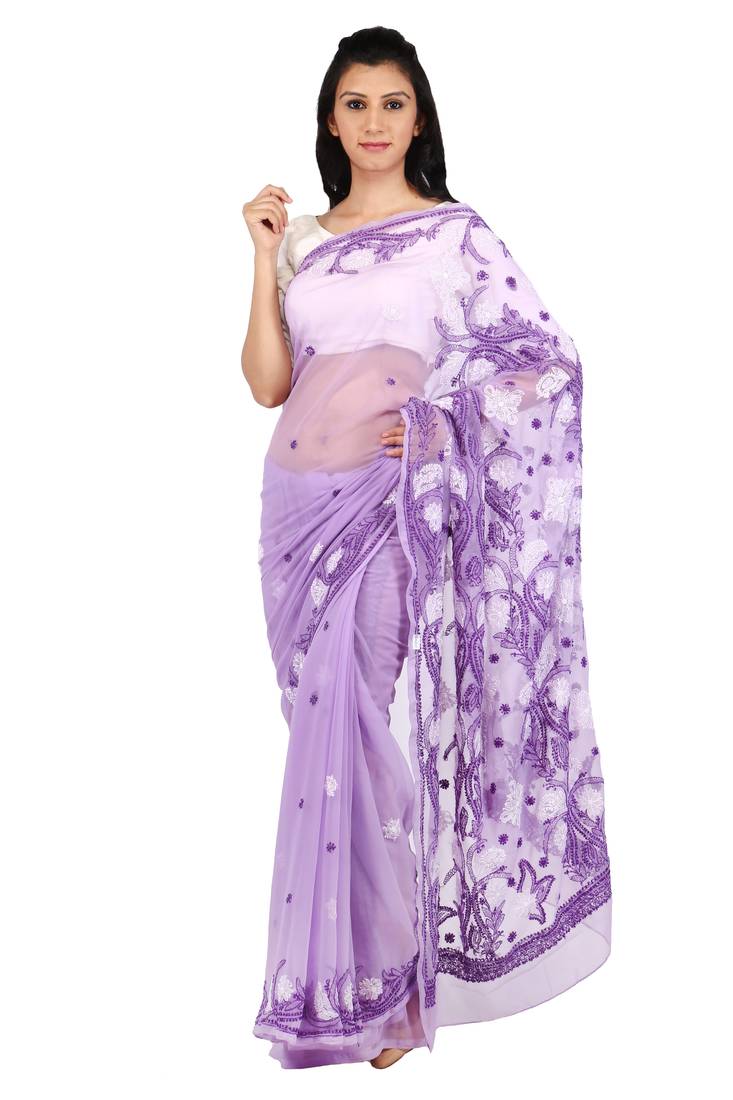 Tant is basically cotton that has been processed and starched to prevent from shrinking. Tant is a delicate fabric on which various motifs are women. It is a graceful type of saree fabric that is widely worn by women in West Bengal.