Rubina Dilaik is one of the most loved TV actresses in Indian Television. The diva rose to fame with Chotti Bahu and became a household name with her character Radhika Purohit. Later, the actress went on to take a part in the controversial TV show Bigg Boss 14 where she emerged as the winner. During her stint in the reality, the actress grabbed attention for the fashion choices she opted for on the show. Recently, she shook a leg on the dance reality show Jhalak Dikhhla Jaa 10 where she was titled as the first runner-up on the show. The show was won by Gunjan.

Rubina Dilaik recently took to Instagram to share some photos stunning of her stunning self wrapped in 6 yards of elegance. For her recent appearance, the diva opted for a dusty mauve sequinned saree with embellished bralette blouse. The actress looks hot as hell in the designer saree with a dramatic pallu. The straps of her blouse have interesting detailing which will instantly grab your eyeball. To look super glam, Rubina Dilaik opted for nude make-up. While letting her dark lips do all the talking, she opted out of any dark eye makeup. In accessories, she picked a stunning choker set which she paired with a matching finger ring and stud earrings. 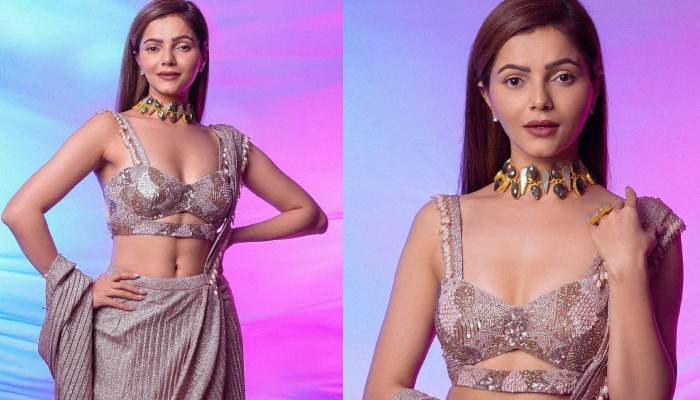 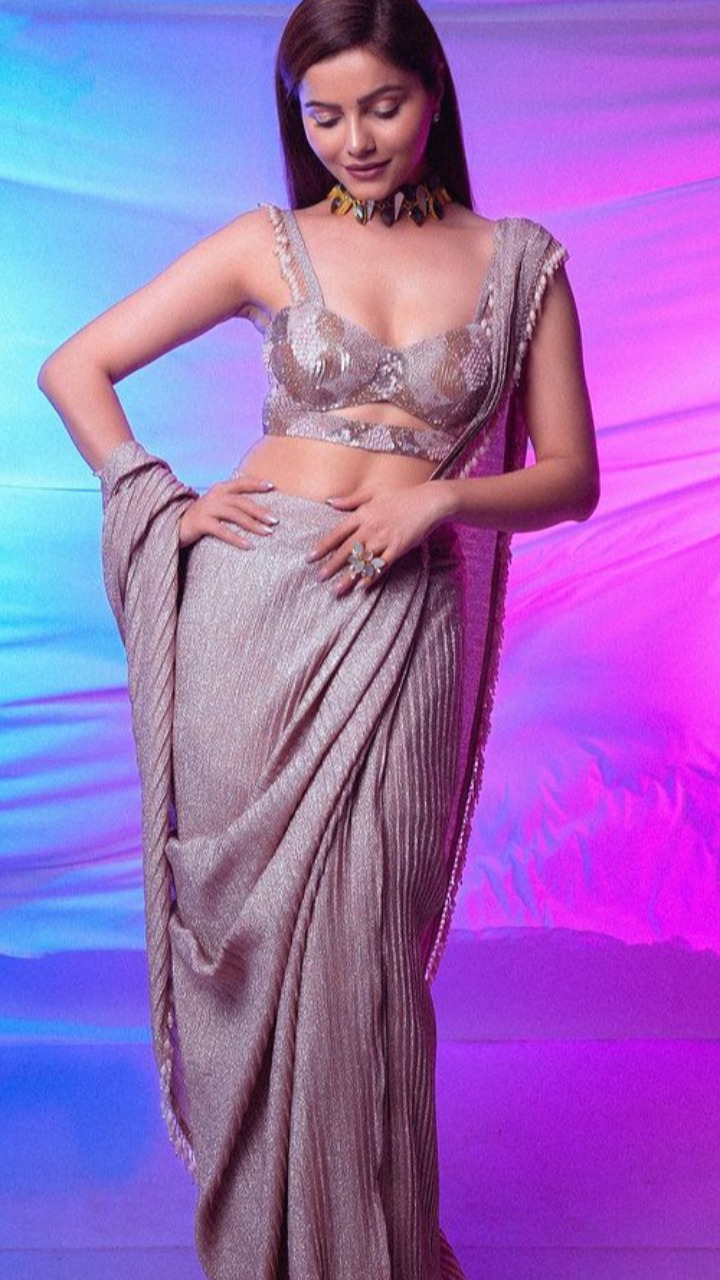