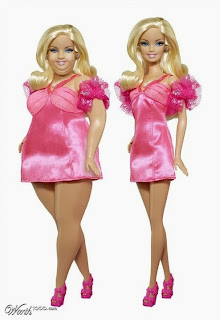 When it comes to the body image in most cases your damned if you do and damned if you don't. There is always going to be criticism either way you go. According to a recent image posted by Worth1000.com, which is a site where artists compete on creative creations. This Barbie image was created by an artist by the name of bakalia. Shortly after it was posted on Worth1000.com, Plus-Size-Modeling.com posted the image asking the question: 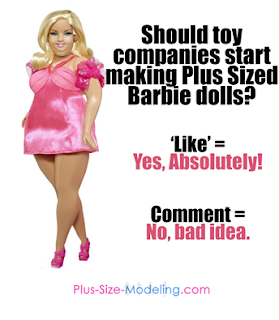 While plus-size modeling has made great strides recently this image has really sparked some controversy. You see plus-size models showcasing apparel of all kinds to cater to a vastly growing community, and even  see them on the covers or being featured in many different fashion magazines. Why not have a plus-size barbie doll available?

This image has received over 35,000 likes, however many critics have commented on their thoughts of the photo. One commenter stated, "No one is naturally fat for gods sake, that's sending the message to girls that it's ok to look like this and be unhealthy." Well some believe the way that barbie has always been is sending the message that girls are supposed to be a size 0 and super skinny. So which is it?

Curvy Girl and their campaign to share images of "regular" women in lingerie is under fire as well with many who believe they were promoting obesity and unhealthy habits. What about an average size Barbie doll like the one artist Nickolay Lamm created? Nickolay Lamm of MyDeals.com, made a 3-D model of a Barbie-like doll that was based off of CDC measurement of an average 19 year old woman. 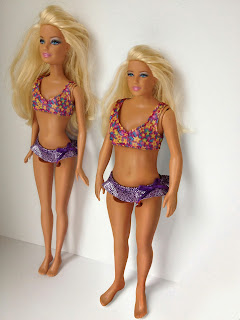 What do you think? Is it wrong to have a plus-size Barbie doll in the mix with the original Barbies? Should doll makers start making dolls for all body types? Comment and let us know!

We will be sure to keep you updated on the body image debate on Iconici Weekly Radio! Miss Naiya Marcelo, Syndee and Poetrynmotion bring you the latest and greatest in the entertainment and fashion industries.