If you have a basic idea of how backflips are performed by stunt professionals and gymnasts, you will also be aware of the fact that it is not easy to execute perfectly and there is a great risk of injury if one fails to land correctly.

Videos of backflips that are shared widely on social media usually show a performer carrying out the stunt in proper athletic or gymnastics clothing. But saree then the world is full of underrated and underappreciated talents, who can do extraordinary things that are generally associated with professionals. And that too with their touch of elegance and exclusivity. However, a video of a woman doing backflips in a saree has surfaced on social media and people's jaws are dropping all over.

Back in June, a user named Sangitha Varier posted a video on her Twitter where a girl was seen doing backflips in a saree. The video was aptly captioned: “Indian women are superwomen.”

Prominent figures such as Kiren Rijiju and Smriti Irani were tagged in the tweet. Once it went viral, netizens were in absolute awe of the woman.

Now, another video of a woman doing multiple backflips wearing a saree has gone viral on social media. The woman was identified as Mili Sarkar by Twitter user Aakash Ranison. 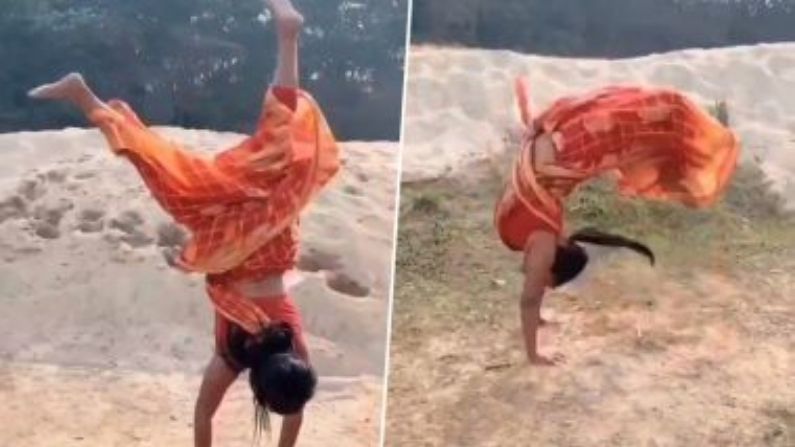