Wow is the word for Kiara Advani and her head-turning romance with sarees. The actress, who loves embracing the six yards, made another jaw-dropping statement in a simplistic black saree on Tuesday as she stepped out for the promotions of her upcoming movie JugJugg Jeeyo. This time, she showed how to make the loudest noise with utmost minimalism.

Kiara is known for her impeccable sartorial sense. Her wardrobe is a voguish blend of ethnic and glamorous silhouettes. From ethereal lehenga and sharara sets to bodycon gowns and breezy maxi dresses, her closet is full to the brim with versatile numbers. Sarees are also a staple for Kiara. She proved the same yet again as she stepped out wearing a basic black number and made it look simply glamorous.

Kiara wore was an all black saree with a matching sleeveless blouse. The blouse, also a pretty simplistic creation, featured a plunging neckline. In a voguish addition, the saree featured intricately pleated details running along the border.

The actress nailed the ethnic look with a striking traditional choker necklace boasting emerald drops. That’s all what she chose for the accessories. She further enhanced her ethnic glam with a sleek middle-parted hair bun, a dainty bindi and minimal makeup. She opted for au-natural brows, nude lips and a bit of beaming highlighter on the cheekbones. 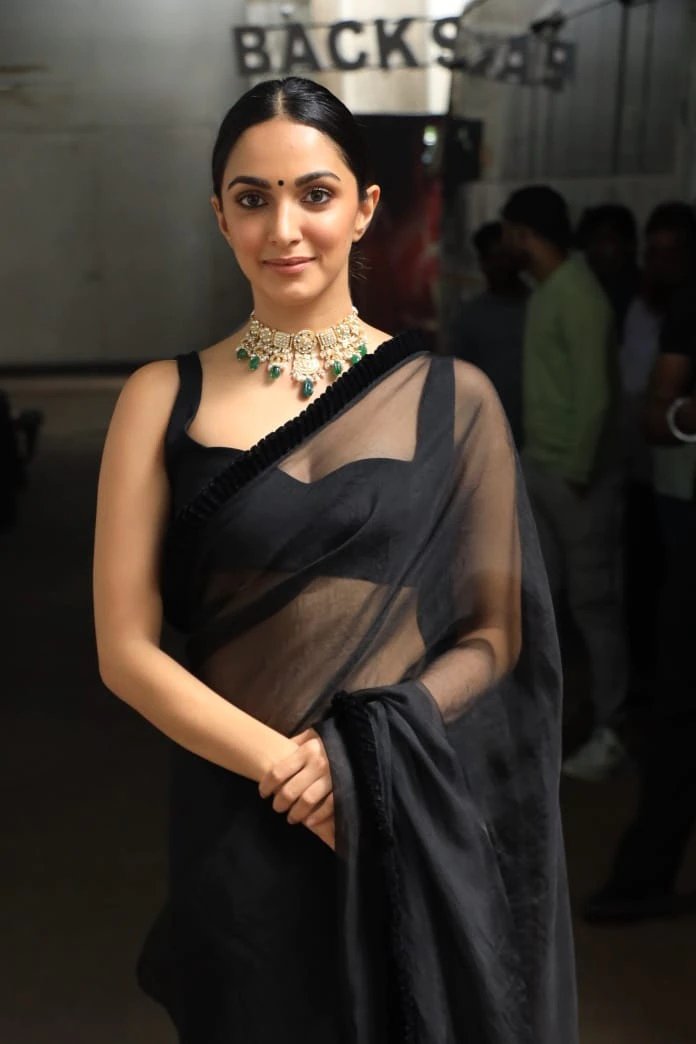 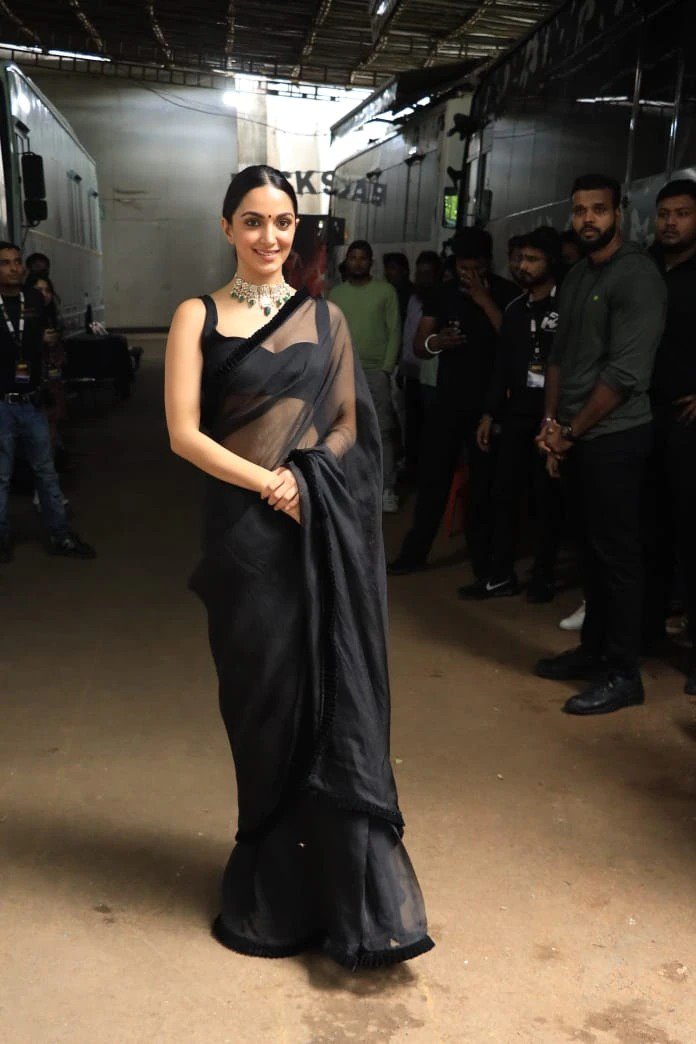