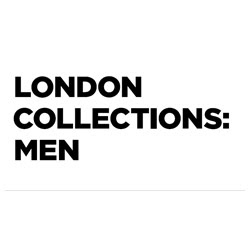 The event has been officially announced! The schedule for London Collections: Menswear Fall 2013 will take place in a 3 day event starting on January 7th and ending on January 9th! This will be the second edition of London Collections: Men (LCM). The first took place June 15th-17th 2012, and was a huge success! Just like LCM in June there will be 50+ top name designers to showcase their Fall 2013 Menswear Collections. This amazing event will take place at The Hospital Club in London. We are looking forward to this event just like many others and anticipating it being an even bigger success than the first!

Those who will be showcasing their collections at this  event, just to name a few: Tom Ford, Alexander McQueen, Burberry, Belstaff, along with many of London's most talented young designers Christopher Kane, Jonathan Saunders, Meadham Kirchhoff, Richard Nicoll to include this season’s Fashion Forward winners Christopher Shannon, J.W. Anderson and Lou Dalton. Here are a few of the photos from LCM Spring/Summer 2013 that took place in June!

Very anxious to see what the designers will bring for their Fall 2013 collections! Here is an inspiring video that showcases some of the highlights from the Spring/Summer 2013 that took place in the June event!

What are you wanting to see for Fall Menswear Collections? Comment and let us know!