Esha Gupta has always been unabashed and uninhibited about her bold and sexy Instagram posts that makes her 8.3 million Instagram followers swooning over her hot and sensuous photoshoots and selfies. Esha this time mesmerized her fans with as she graced traditional attire with her charm and elegance. Esha looked mesmerizing and drop dead gorgeous in a red salwar-suit she wore at the banks of the holy river Ganges in Varanasi.

Fans showered Esha with flattering comments and also praised her performance in the crime drama series Ek Badnaam…Aashram 3. Esha was in the holy city to seek blessings for Aashram 3 at the ancient Kashi Vishwanath Temple dedicated to Lord Shiva.

The actor also captioned her post as, “काशी (Kashi).” Esha visits the Kashi Vishwanath every year though, but this time she visited the ancient temple after a gap of two years according to an ETimes report. Esha opened up about her temple visit to ETimes and was quoted saying, “I truly believe in the power of Kashi Vishwanath temple. Seeking blessings here before the release of my show Aashram‘s third season, is sacrosanct. I always feel a serene sense of peace after visiting the temple.” 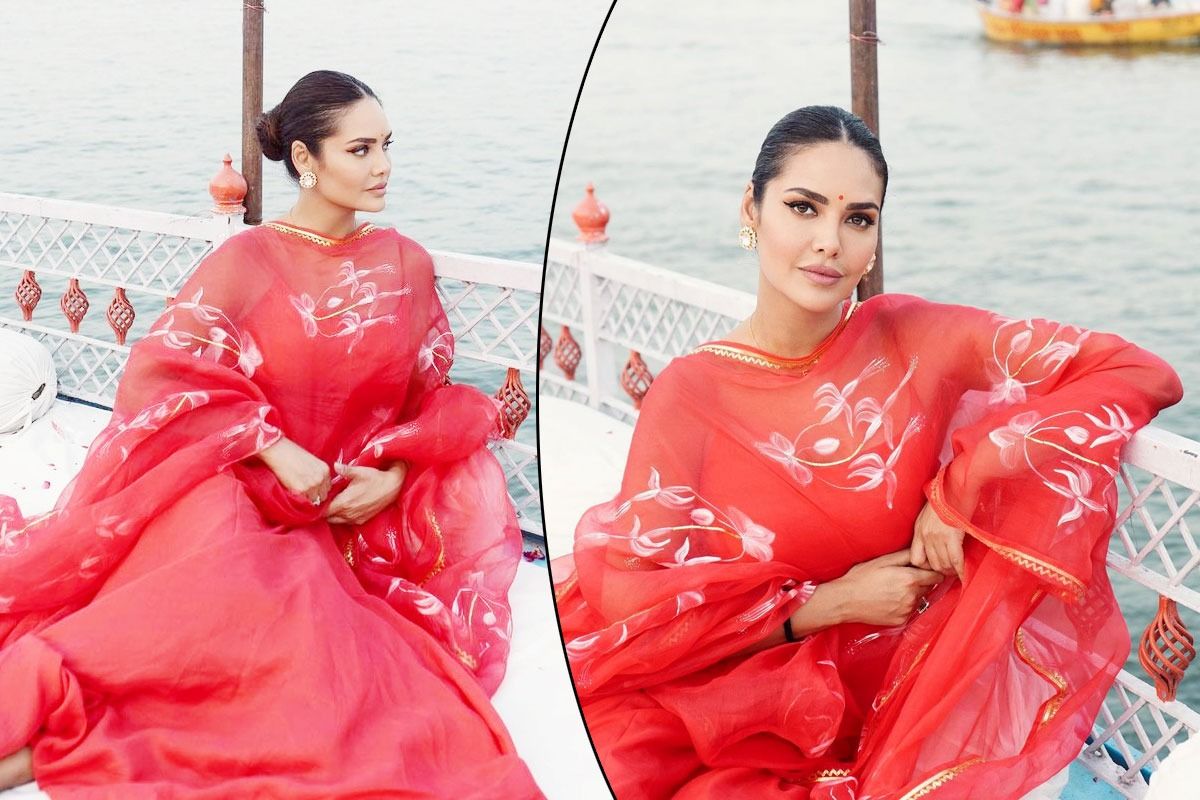