Aditi Rao Hydari Shows Us How To Ace The Saree Look Brilliantly!

The most prominent actress Aditi Rao Hydari is a superb actress, dancer, and singer who appears in Hindi, Tamil, Telugu, and Malayalam films. The actress began her career by making a debut with Tamil film Sringaram in 2007. She became popular for her role in the film Yeh Saali Zindagi in 2011. The actress looks gorgeous and her dreamy eyes just make her look attractive and pretty. The actress looks elegant in ethnic outfits and she is seen flaunting her saree look by giving hot poses.

The actresses look mind-blowing in their saree looks and ensure that they look beautiful from top to bottom by pairing their jewelry and hairstyle with saree. 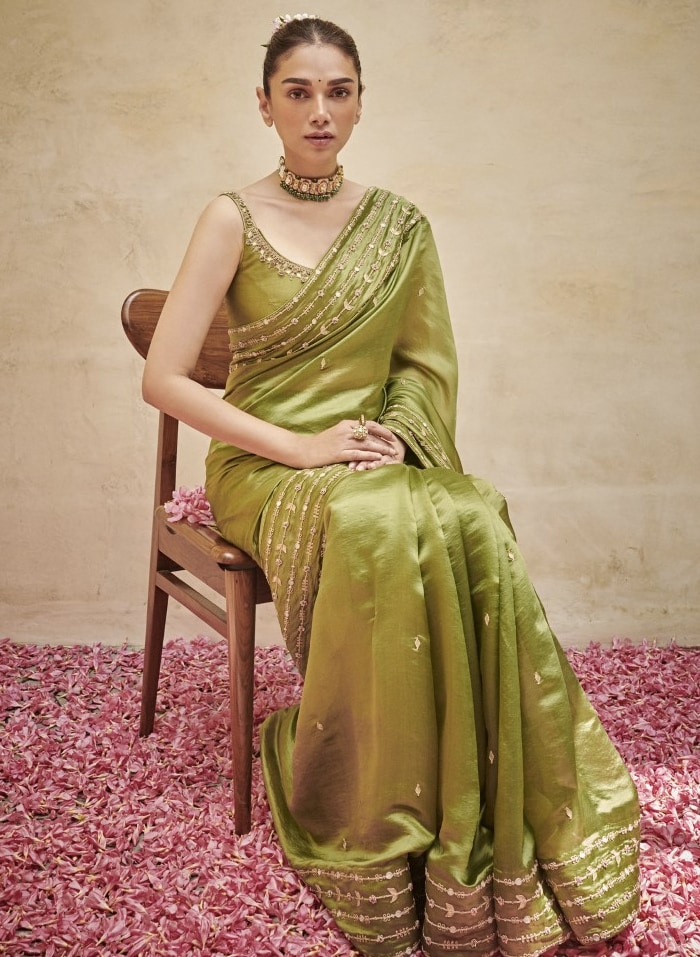 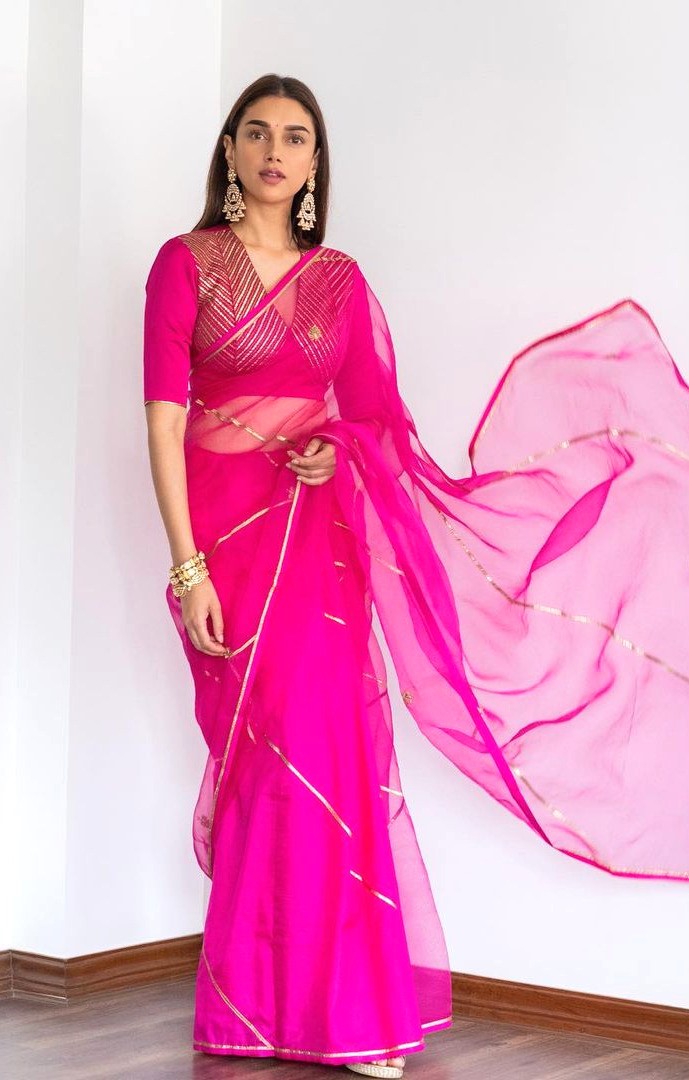 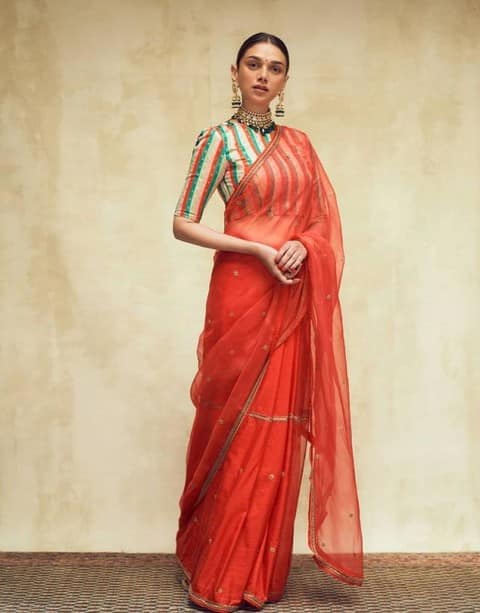