Actress-host Sreemukhi has time and again taken fans on a roll with her brilliant comical skills and adept acting prowess. Her on-screen presence is so energetic that she seamlessly spreads enthusiasm among the crowds. Be assured to get engaged with non-stop entertainment when Sreemukhi is hosting a show. The Telugu diva’s infectious smile and excellent dialogue delivery take viewers and her admirers on a laughter fest. Sreemukhi’s talent doesn’t end here. Her style statements seem to be getting better and better with each passing day.

Speaking of Sreemukhi’s sartorial fashion choices, the actress has yet again made her fans go gaga over her latest boho-chic traditional look. The anchor dropped a set of stunning pictures on her Instagram handle, redefining the meaning of grace. Sreemukhi’s caption hinted that her outfit was for the reality show, Adivaram with Star Maa Parivaaram where she acts as a host.

Draped in a white linen saree, having ruffled and pleated bottoms, Sreemukhi weaved six yards of grace in the beautiful attire. However, it was her hippie-designed blouse that stole the limelight. The multi-coloured, tribal-printed, high-neck blouse exuded sheer bohemian vibes, to be precise. And Sreemukhi, who teamed up the uber-chic blouse with a mellow-white saree, simply painted a picture of serenity.

The host struck several poses for her clicks, her deadly expressions on fleek. The actress chose to sport glammed-up makeup which consisted of a dash of blush and highlighter on the cheeks, maroon lipstick, and shimmery golden eyeshadow with a touch of thin kohl, that made us unable to take her eyes off the Telugu beauty. She rounded off her unique look with a sleek, tied-back hairdo and some statement, ethnic jewellery. 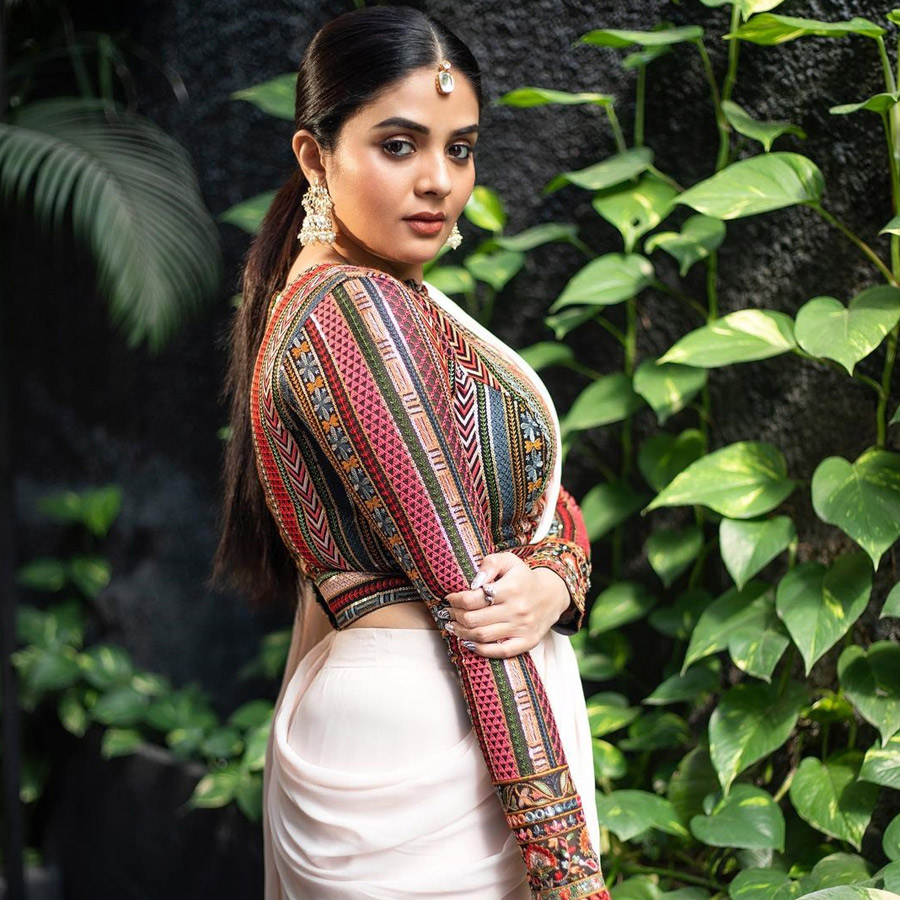 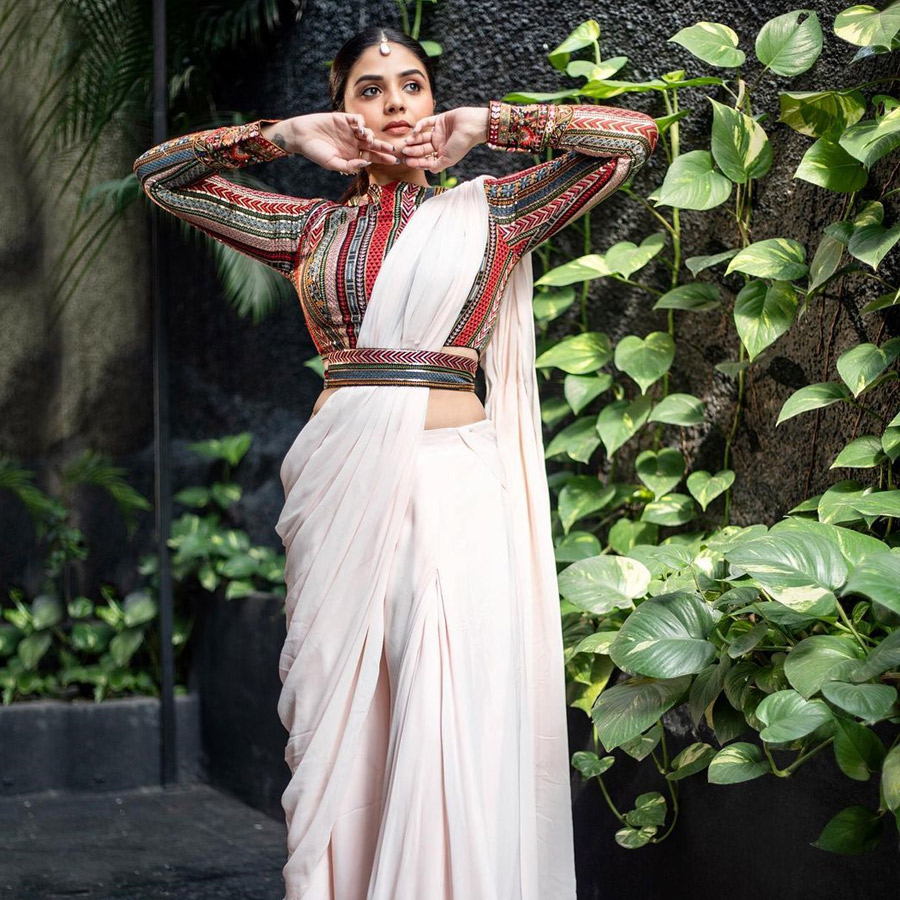