Wedding dresses have always been a ball ache in the cost department, but what if you could fashion your own stylish and bespoke number for a few measly dollars? If you need some inspo, look to Cheap-Chic-Weddings.com, whose 11th annual Toilet Paper Wedding Dress Contest took place this week.

Creators were only allowed to use glue,…

The 66-year-old Pulp Fiction actor hosted a charity party in London last Friday called One for the Boys, a men's cancer awareness ball and fashion show.

His One for the Boys event coincided with the start of London Collections Men SS16, a special occasion in the…

Having trouble slipping into skinnies even after strenuous workouts? Follow these simple moves to cut out flab

Put your feet together, toes pointing forward, arms by your sides, with your head and neck straight ahead. To begin, take a wide 'skate' step with your right foot to the right side, then drag your left foot toward it,…

Yes, I am a single woman. So what?

While marriage is definitely a beautiful institution in which a couple share their lives with each other, many couples also say they were better off being single. However, while single men seem to have all the fun, it's strange how dreadful being single can be for a woman. If a woman is single beyond a certain age (say, above the age of 25), it's not just…

Ever felt a midnight craving or a sudden pang of hunger, had no food at home and nowhere to go and satisfy yourself at an eatery in town?

Novotel Bengaluru Techpark has good news for all those who desire a treat themselves anytime of the day or beyond the bewitching hours. Be it artisan breads, exotic macarons, homemade cakes, chocolates and cookies,…

Women bargain best in some negotiations

Contrary to conventional wisdom that men drive a harder bargain in financial affairs, women are more effective than men when negotiating money matters in certain circumstances, a study indicates.

One reason men earn higher salaries than women could be women's apparent disadvantage vis-a-vis men in some types of negotiations.

How many times have you found yourself checking half finished products lying in your makeup kitty? For most women, even before they finish using a product completely, the urge to buy a new one takes form with the old product being pushed right behind the new ones. Here are a few ways to make sure that you do not waste your old products.

How far will you go to look Western?

A rage among Asians abroad, de-racialisation surgery, which is often undertaken to look Caucasian, is catching up among Indians here

There is nothing wrong in wanting to have fair skin," says Sanjukta Bhowmick, a 31-year-old advertising professional. "Earlier, a fairness cream was the only option to lighten the complexion. However, now that it can…

In Ferguson, voting is what matters

In covering the violence engulfing Ferguson, Missouri, media routinely cite the following numbers to explain the frustration of the minority community there:

Ferguson’s population is two-thirds African-American, yet the mayor, five of the six City Council members and nearly the entire police force are white.

But there are other numbers. In the…

I SPENT A WEEK AS A '50S HOUSEWIFE, AND HERE'S WHAT MY PRETTY LITTLE HEAD LEARNED 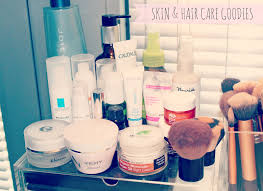 I am a very bad ’50s housewife. You can tell because, at 8:55 p.m., on the coldest night of fall so far, I am frantically running through the streets of my neighborhood in a cocktail dress, a winter coat, and rain boots, trying to get to a grocery store that closes at 9 because I need to buy all of the ingredients to make a pumpkin pie right now. I am… As the 2014 Etihad Airways Formula One Abu Dhabi Grand Prix returns this year as the UAE’s biggest event and standout sporting event of the year, the Shangri-La Hotel, Qaryat Al Beri, Abu Dhabi will be hosting the first ever “F1 Fashion Fever 2014” in partnership with the UK’s leading premium department store House of Fraser. This event is…

As a divorce attorney, I find it amusing when friends and strangers pepper me with the same questions about divorce and relationships. First, do I believe in marriage or am I jaded because of my job? Second, do I have any tips on how to maintain a healthy marriage based on my experience as a divorce attorney? Yes, I certainly believe in…

The third annual Jewelry Love event will be at 1:30 p.m. Nov. 15 at Summerset at Frick Park Clubhouse in Squirrel Hill.

It was started by Pittsburgh Allderdice High School teacher Julie Farber, who teaches a jewelry-making class at the Squirrel Hill school, after a mother of one of Farber's students died from…

From sheer skirts to no skirts, celebrities are constantly scrambling for new and quirky ways to flash their flesh.

And Kim Kardashian, 34, appears to have sparked something of an asset-baring trend, after she unapologetically flaunted her ample bosom in an open-fronted jumpsuit at a Los Angeles bash in the summer.

So when actress Kym Marsh, 38, and TOWIE…

FASHION WEEK: The breast in show

An exposed female breast is usually considered taboo. Ask Rihanna and Janet Jackson, who "bared" the brunt of negative media for exposing theirs. But, truth is, a little scandal keeps the fashion industry buzzing. 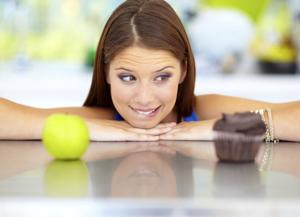 When Cynthia Sass, acclaimed author of “S.A.S.S. Yourself Slim: Conquer Cravings, Drop Pounds and Lose Inches,” married her husband, Jack, there was one area where they vastly differed -- their taste buds.

Texas-bred Jack was a Dr. Pepper-drinking, meat-loving man with a penchant for fried foods. Cynthia was a vegetarian and registered…

By throwing in theatrical elements and a wild array of colors, independent design brand Celia B definitely delivered one of the more memorable shows at Shanghai fashion week this year.

The event was set within the sleek interiors of the hedonistic Bar Rouge—or God’s blind spot, as I like to call it—a venue usually synonymous with blasting house…

What happens when a designer, an art dealer, and a graffiti artist meet at a bar? Obviously, they dream up a fashion label. At least, that’s what George Gorrow (formerly of Ksubi) and George Benias did with Cocurata, their new art-meets-fashion venture. “A friend introduced me to Benias and [graffiti artist] Bast and things just went…

Russia Launches Its Own Fashion Council To Support Local Designers

On Friday, Alexander Shumsky, the president and co-founder of Mercedes-Benz Fashion Week Russia, announced the launch of the Russian Fashion Council.

"We have a lot of designers, but their business is very, very tiny," Shumsky said at a roundtable discussion with the press on Friday, according to Fashionista.com.