New post up that everyone may be interested in if you LOVE ASOS! Check out the highlights and photos from this exclusive event during Mercedes-Benz Miami Swim Week: http://www.ambersweet.net/2013/07/…

Check out the highlights and photos from this exclusive event during Mercedes-Benz Miami Swim Week:

AEE Events: Be Included in our Sept. Digital Issue

Now Accepting Ad Inclusives for SEPT2013 Issue...CONTACT US At albasevents@gmail.com 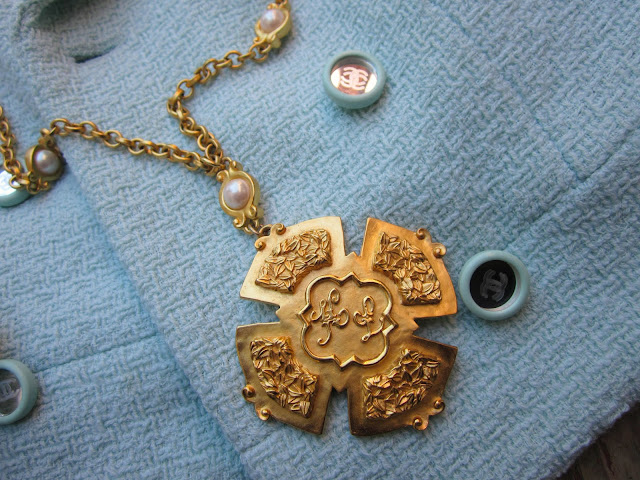 Roaming around The Village Jewel last week I found what I thought was a Kenneth Jay Lane necklace based on the 'KL' signature. I almost didn't buy it but the little faux pearl insets coupled…
Continue Did someone call out for some vintage Halston & Byblos???

I have a hard time passing up Halston and who wouldn’t, just look at this pattern.  Of course I’m always dying to find early 70′s Halston dresses & gowns, that’s what gets me up every day.  I’m serious….  Just thinking that today might be the day I find that super rare & collectible early Halston piece makes the blood flow everywhere!!!  To say I get excited about thinking about that possibility – is a serious understatement !  Will you just check out the front and back of this…

What to wear for a day at the races Royal Ascot is upon us, which means the summer’s social calendar has officially started and the races attire has started to hit the high street. As the races fashion kick in it can be seen both on the racecourse and off it, meaning you should be prepared with a wide-brimmed hat or fascinator.

Find the perfect handbag for your body type

You may not notice when buying a new handbag that it may affect the way you look, but in reality the right handbag can flatter your body shape just as much as the right pair of jeans. Some of the most popular styles such as messenger bags, satchels and oversized bags do not flatter every body shape. The size, shape and style of the handbag you carry can either flatter your body shape or bring out some of your major figure flaws, so choose wisely.… Thierry Lasry Sexxxy Sunglasses. With a father optician and a mother designer, eyewear was obviously destined for french designer Thierry Lasry. Launched in late 2006, the self entitled brand is based on the concept of Futuristic Vintage. Thierry gets his inspirations from vintage designs and materials but incorporates an updated modern and avant…

What I Wore: Feminine in Floral

It may be too warm for coats, but how can anyone resist an awesomestatement jacket? Cleanliness. A sloppy workplace (including workers  appearances) indicates a sloppy attitude, and most likely sloppy performance.

Organization. Be sure to take some time to understand the entire workflow. Does it make sense? Can you see any bottlenecks? If you do not understand something, ask questions. If you cannot ultimately understand why a factory’s workflow is a certain way, it may be a warning signal. Download our free app today and receive a free issue from Focus. Get exclusive commentary on fashion, trends, beauty, and culture, in a gorgeous, interactive digital edition. Get some inside details about artists, celebs, and designers.