One of the most promising celebrities in Bollywood, Vidya Balan’s social media game has been on fleek lately. The gorgeous actress has been sharing photos of herself carrying traditional attires in full glam.

The ‘Kahaani’ actress is seen carrying a red saree which features white polka dots. She has draped the saree in a way which is relatable to everyone across India. She teamed her attire with a darker shade of red for the blouse. She completed her classic look with minimalistic makeup and a hair bun. 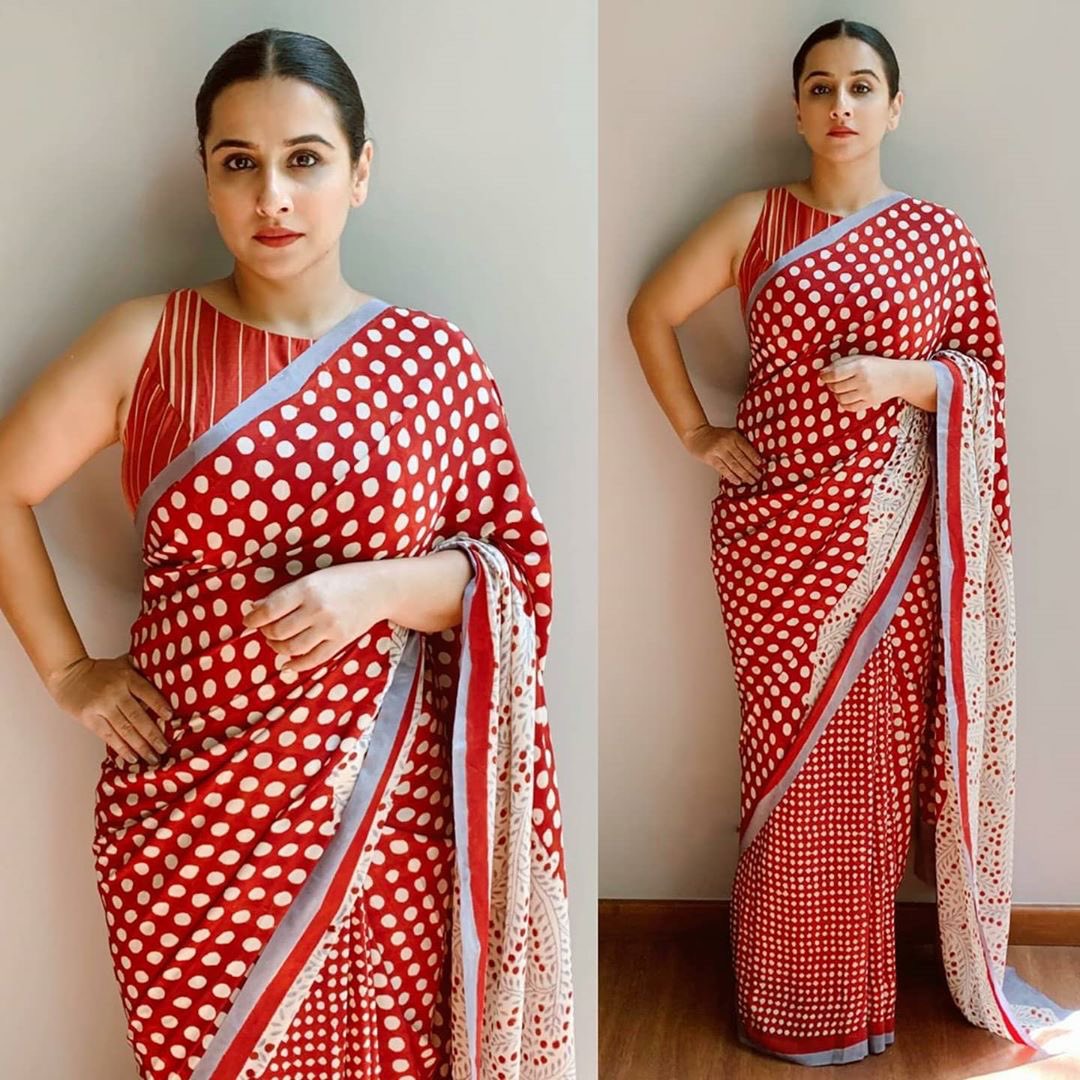 On the work front, she will next be seen in ‘Sherni’ which will be directed by Amit Masurkar and produced by Bhushan Kumar. The film would also be starring Vijay Raaz, Sharat Saxena and Ila Arun in key roles.