Sonam Kapoor is the original fashion icon of Bollywood and nobody can deny that. The actress is known for making fashion statements whenever she steps out to attend an event or even on casual outings. Traditional Indian attire to western outfits, the actress knows how to nail every look!

Recently, Sonam Kapoor made fans and followers on Instagram go nut after sharing the pictures of her wearing a white saree combined with a long sleeve blouse. The actress stunned in a pristine white chiffon saree by none other than ace designer Manish Malhotra. 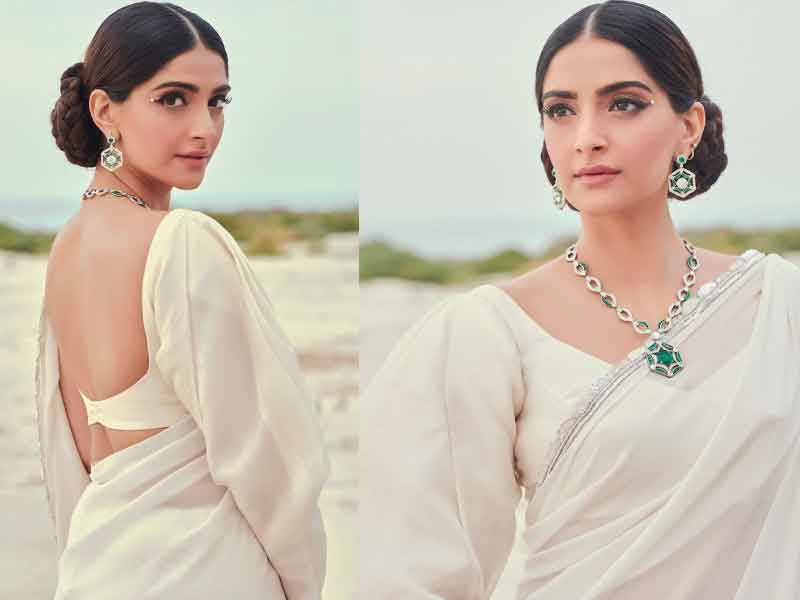 The blouse was another statement in itself with puffy sleeves that took us back to the olden times. Her hair is tied into a bun, she put on simple make-up and diamond jewelry in the eye tails, simple but really dreamy and appealing. These dreamy pictures drove her fans to go crazy and pour in love for her with the most florid comments.