B-town celeb Jahnvi Kapoor is often called as a spitting image of her mother, the ethereal beauty, late Sridevi. The actress who made her debut opposite Ishan Khatter in Dhadak has left her mark every time she steps out in fashionable avatars, and it wasn’t any less this time as well. She took to her Instagram handle and shared a few pictures of herself, where she can be seen acing her traditional look. 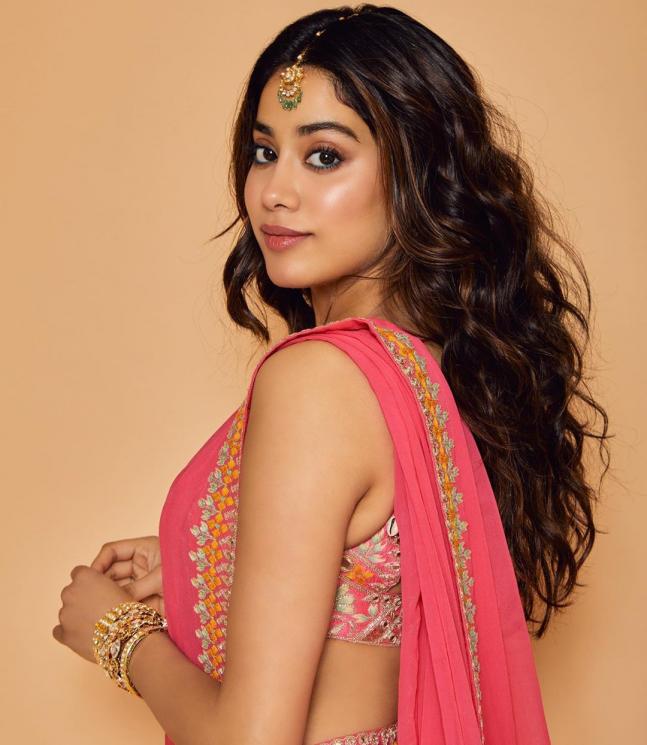 The saree was very simple yet elegant with a subtle border running throughout while the embroidered sleeveless blouse looked beautiful and complimented the saree very well. She accessorised with a golden maang-tikka along with the bunch of bangles and completed her look with fuschia make-up. 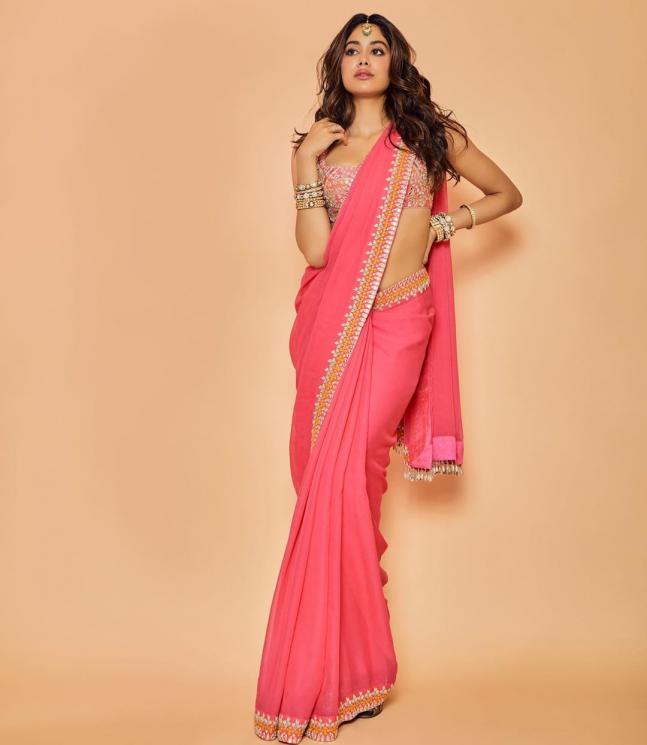 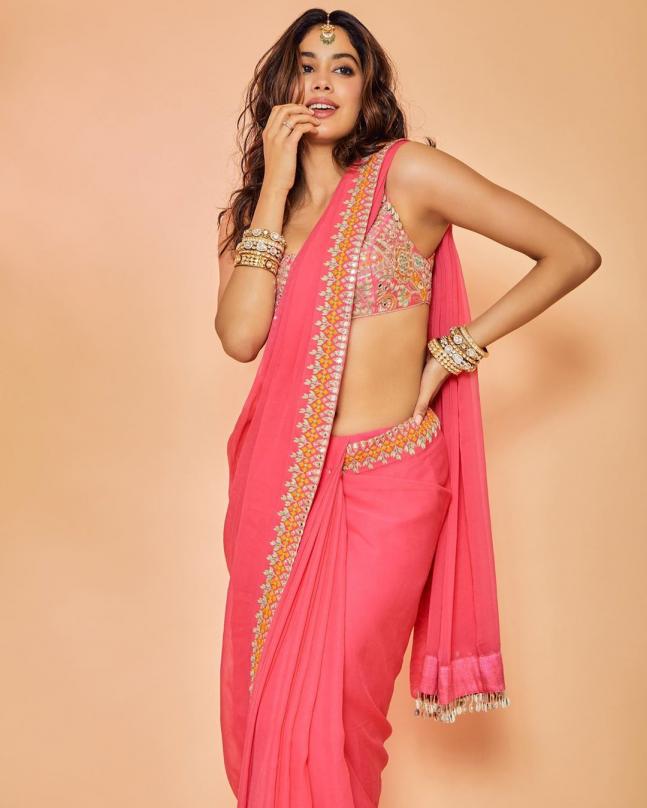 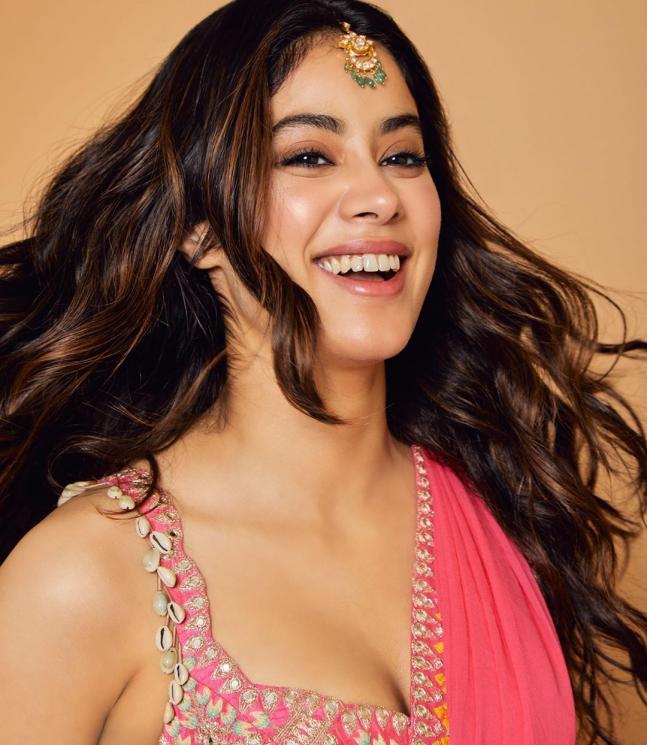 If we talk about Janhvi's upcoming films, then she can soon be seen in Gunjan Saxena's biopic. Apart from this, a film with Rajkumar Rao is also in his account. At the same time, he has also been entered in Karan Johar's film Takht. The film may be released in 2021.