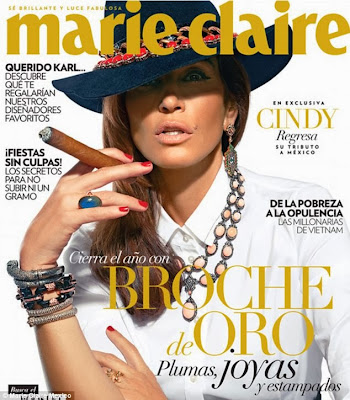 Well the Iconic model Cindy Crawford can now add another magazine cover to her already extensive list! Crawford is shown on the cover of the upcoming issue of Marie Claire Mexico looking just as fabulous as she always has. She is pictured as the late screen actress Maria Felix, who was considered by many to be the most iconic leading lady of the Golden Age of Mexican cinema. Maria Felix was known for her larger-than-life, tough film characters, which, if anyone could fill those shoes it would be Cindy Crawford!

Crawford is seen showing off several different jewelry pieces on her wrists and neck. Maria Felix was a jewelry connoisseur and had quite a collection her self . One of those pieces include a 41.37 carat D-flawless Ashoka diamond. In 1975 she asked Cartier Paris to create a necklace for her, in the shape of two crocodiles. The two crocodile bodies were made of 524.9 grams of gold, one covered with 1,023 yellow diamonds, while the other was adorned with 1,060 circular cut emeralds. I can not imagine how heavy that necklace is! 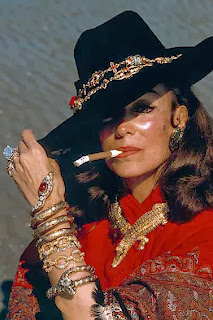 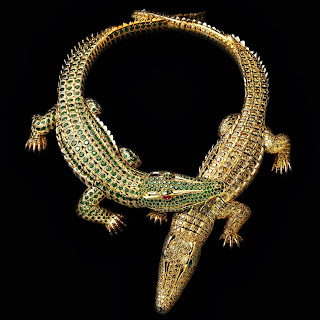 Since Félix’s passing, these jewellery pieces have been displayed as part of The Art of Cartier Collection in several museums around the world. In 2006 Cartier paid a tribute to the actress by debuting their La Doña de Cartier (“the” woman, “the” WATCH) in honor of the famed actress.

Hence the type of jewelry Cindy is wearing on the cover. The cover reads, "reina de las pasarelas" (queen of the catwalk). The grave suggestive gaze that Crawford has towards camera fits the strong and seductiveness Maria was know for. Cindy told the magazine that she was pleased to portray a "passionate and strong woman" like Felix. If we go by what Michael Kors had to say about Cindy Crawford a while back, she fits this role to a tee!

"Cindy changed the perception of the ‘sexy American girl’ from classic blue eyed blond to a more sultry brunette with brains, charm, and professionalism to spare," Michael Kors.

So what do you think, is Cindy Crawford the right pick to mirror the Iconic Mexican Actress, Maria Felix? Comment and let us know!