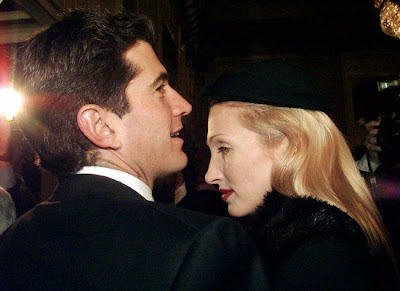 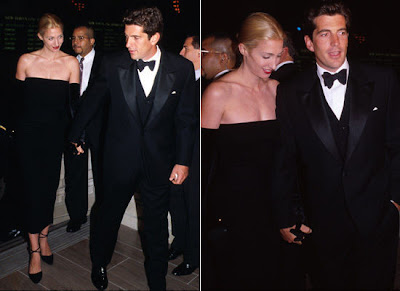 We at Vnyc have been thinking a lot about the future of fashion after the recent shows, and with the economy, the end of the decade approaching and the flamboyance of Balmania and Wassonism moving out of fashion, there's a lot to think about indeed. This week's bad news about Yohji Yamamoto, our recent desire for pared-down elegance and Phoebe Philo's brilliantly clean return at Celine, makes Carolyn Bessette Kennedy, a hardcore purist who also happened to wear lots of Yohji, seem like a smart muse to reflect on, even ten years after her death.

Way before Carrie Bradshaw and Michelle Obama, Carolyn Bessette Kennedy was able to create a strong, singular sense of style so innate and pure, while championing new designers and lesser knowns, that there is still no one quite as severely glamorous as her today. Looking back, her minimalist tendencies are still fail-proof for today. She was tall, sleek, always impeccably groomed with an arsenal of simple black numbers from the likes of Yohji & Prada, preferring maxi's & clean, unadorned shapes. Never one for jewelery and excessive make-up, her austere look was heightened with a sleek chignon and classic red lipstick. Everything was refined, nothing too tight, too short, or sheer. In her understated floor-length Yohji's, Manolo Blahnik stilettos & black leather gloves, C.B.K was and still is the epitome of modern, citified elegance.

We've included some of our own C.B.K minded Vnyc scores but her sense of style was so innate, beautifully executed and well studied that it's a daunting act to follow.

The ultimate thing to remember is that Carolyn Bessette Kennedy's style was genius because she was able to create & maintain a style that was so her own that it placed her outside of fashion. 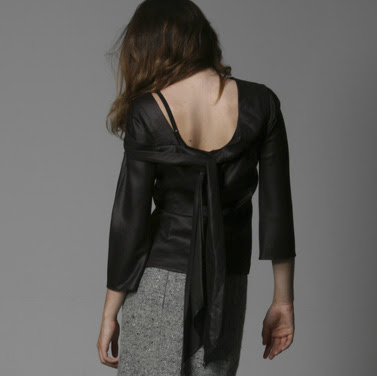 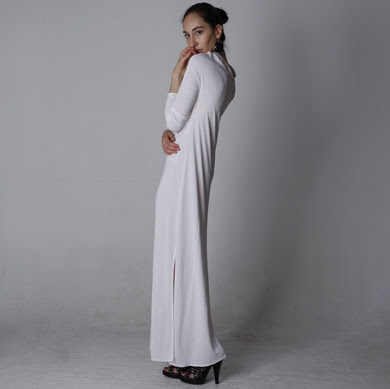 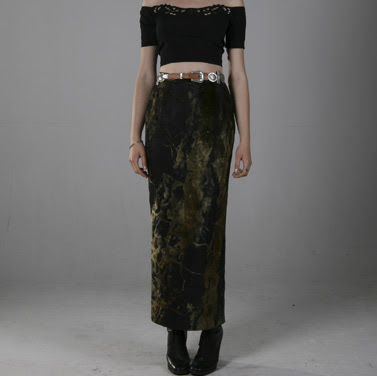