Two recent Athens High School graduates have made it to the final round of the Stuck at Prom Scholarship competition. In the competition, the two made prom dresses from Duck Tape brand duct tape.

Supporters can vote for the two, Claire DeBruin and Winter Wilson – at their personal link on the competition website.

DeBruin and Wilson got into the top 10 after being selected by a panel of judges.

Anyone can vote, and supporters can vote once per day from now until July 6. From this point on, according to Wilson, the competition depends on public votes in order to place for the scholarship prizes.

DeBruin and Winter wore their Duck Tape dresses at the Athens High Senior Prom on April 16. They employed seven rolls of tape per dress.

“They each took about 40 hours,” Winter told The NEWS for an article April 19.

The Duck Tape company is offering a total of $50,000 in scholarships in its annual “Stuck at Prom” contest for the most imaginative prom garments fashioned from tape. 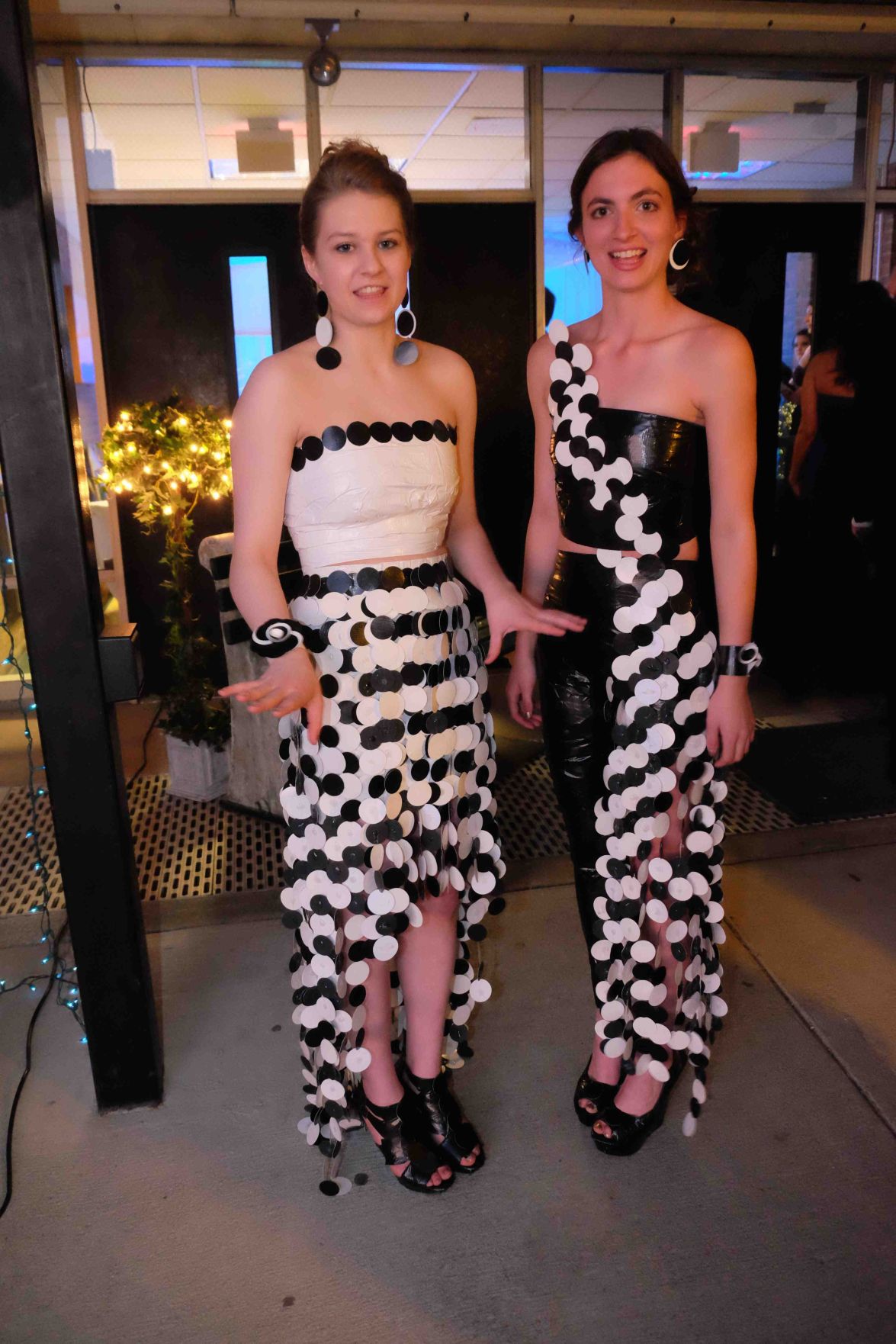