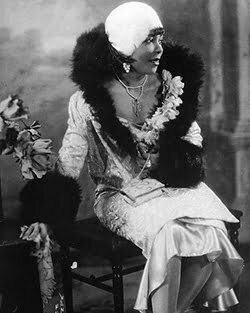 The roaring 20s represented a revolution in fashion and brought with it distinct styles and modes of expression that were uncommon before that time. The flapper revolution emphasized shorter hairdos, and women chose to dress them up with sparkly headpieces, hats, and headbands. From casual daytime dressing to formal evening gowns – there were specific headband styles that complemented every kind of outfit. While hats, particularly cloche hats, were favored during the day, fancy night-time looks were incomplete without Bandeau headbands.

Flapper movie stars increased the importance and desirability for headbands during this time. Women increasingly used their outfits as a mode of self-expression and wanted to convey an aura of desirability and luxury.

This was further heightened by the discovery of King Tut’s tomb in 1924, as headdresses, tiaras, and head-wraps resembled the garb of Egyptian royalty. Women wanted to emulate the exotic expression of grace and prestige, and so pieces of clothing that resembled them became extremely popular.

In keeping with this aura of affluence, headbands were typically made of precious gems and stones, feathers, and pearls. They were designed to be the most eye-catching piece of clothing, and were dramatic and often sparkly, as they were modeled as an homage to royalty and popular movies of the time.

Women used headbands to elevate formal evening looks while adding a touch of personalization and extravagance. It was extremely rare for women to attend events without a headband, hat, or some other form of hair accessory.

POPULAR TYPES OF HEADBANDS IN THE 1920S

Being the most popular accessory of the time, a variety of headbands were popular and worn for a plethora of different occasions, from lavish parties to casual lunches. Some of the most popular styles sported during this time were: 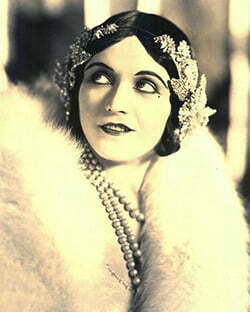 The wrap-style headband was typically made of one long, continuous string of either beads, pearls, or rhinestones and was an elegant and relatively simplistic style favored at the time. It was wrapped around the top of the head and often featured a string of hanging beads on one side. For more formal events, these strands of pearls could be paired with braids, buns, or worn around the forehead to give a more ornate look. 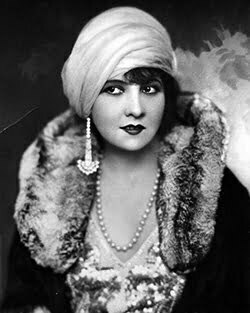 The brain binder headbands were often favored by teenagers and got their name as a result of their tight-fitting appearance. Their style ranged from thin ribbons to long scarves that were wrapped in a turban style, matching the dress or other accessories worn.

These were one of the more elaborate styles during the 1920s and were decorated with gemstones for an added flair to accompany party and wedding outfits. The fanciest of browbands had Egyptian inspired carvings. 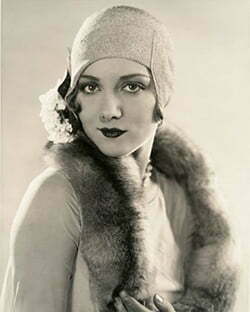 The beaded skullcap was one of the symbols of exclusivity in the 1920s. The skull cap is also referred to as the Juliette cap in reference to Shakespeare’s play, Romeo and Juliet. Due to their intricate nature and larger size, they were quite expensive to make and so were only available to the very wealthy.

They required the wearer to have thin and flat hair that it could cover entirely and were often beaded in the form of a hair net or were made of cloth and covered entirely with beads that were designed to match the beading on the wearer’s dress. 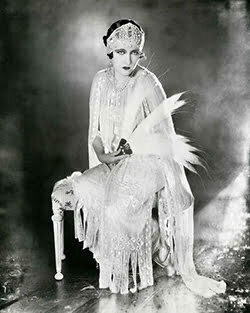 As mentioned previously, much of the style inspiration for the 1920s came from increased knowledge and insight into the lives of Egyptian royalty and their aesthetic expression. The tiara was another such form of this. Such tiaras were usually made of gold or diamond and secured in place with hair combs. Like all other headbands, they were paired with a distinctive hairstyle which in this case was fluffy early 20s style hair which it was partially buried under. Over time the tiara evolved into becoming more similar to a traditional headband and began to be worn lower on the forehead whilst still keeping the distinctive crown look. 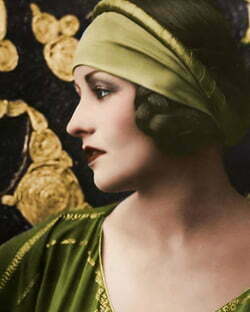 1920s headbands are one of the most easily recognized stylistic choices that can be seen today, and although not as popular, they are still favored by many as more of a bold fashion statement than a necessity – as previously.

Entering into the 2020s has brought with it an increased interest in the style and fashion of the 1920s and there seems to be a resurgence being brought about.

1920 styles are also treated as more of a novelty since they are attaining the status of true antiques and can be quite difficult to find. Nevertheless, there are many online stores dedicated to selling clothes inspired by the styles of decades gone by, including the 20s, just a click of a button away!