OK, I know it's been awhile. Blogging has taken second... third... well, not first place for awhile. I've been up to creating a new brand for tweens, and a new website to go with it: southstreetclothing.com.

We've also moved pixyworld to .com as well. And we're working on getting our supply chain and our sales chain running more smoothly. It's a lot for a brand-new brand, so be patient with us! :)

A Hybrid Model for Garment Production

The traditional model seems so wasteful: make $20,000 worth of samples which you will distribute to your showrooms, ALL of which cost 3X the standard garment production cost, FEW to NONE of which will ever be sold to recoup any of the money.

In launching Pixyworld, we just couldn't do it. Why not do a real production run right off the bat, with reasonable production costs, and sell direct to the retail customer, at a reasonable retail… Continue

Dressed 2009: Pixyworld on the Runway

I'm really not an "event" person. So it was out of my comfort zone to organize 12 mini-models, with male relatives as their escorts, for the fashion show in our area last weekend.

But I have to admit it was kind of fun, when it actually happened. The little girls were thrilled have their moment in the limelight, and I guess I was too!

It was even fun for my two boys, who can't model for… Continue

Disney Princesses have caused parents of little girls everywhere to stand up and take notice. The sheer volume of Princess products insures that even the most oblivious parent will have heard of them.

And, as with any big money-maker, the Princess movement has many enemies. Bloggers cite racism,… Continue

Wholesale for a "Continuous" Line

When Pixyworld hired our first sales rep at Lace and Denim, Terrie asked me whether our line was "seasonal" or "continuous." It was a surprise (and a comfort) to me that a showroom would have a name for what we do. Rather than making $20,000 worth of samples a season ahead, then taking orders, and then manufacturing the product, we just make each collection once. We sell what we have, both retail and… Continue

My overseas production manager has proved herself responsible. After sending her a physical sample, graded patterns, and finished product measurements for my new Pixyworld collection, and after being hit with high FedEx bills in the past, I figured it would be unnecessary to have her send me finished counter-samples. Photos would be fine.

But she was concerned enough to do it anyway, at her own expense. And, sure enough, we had narrowly… Continue

Giving Birth to a Brand

Like many first-time parents, my husband and I had no idea what we were signing up for, when we decided to create our own children's clothing label. He had grown an online watch business, from startup to profitability, in less than a year. "Piece of cake," we thought.

But building a new brand from… Continue

I know I started out feeling extremely under-qualified. With no current connections in the industry and no fashion education, where was I to start?

At that time I failed to recognize the strengths I had inherited from my family. Both of my parents are entrepreneurs, who can never be happy in an… Continue

Why Wovens but Not Knits?? It's a little puzzling, given the immense popularity of knit fabrics in fashion today, why knit prints are relatively hard to find. Premier fabric designers like Robert Kauffman (pictured), Amy Butler, and Michael Miller all seem to design prints produced exclusively as woven fabrics.

Is this because their target market is primarily quilters? Today, with the emergence of so much patchwork in… Continue

So, Pixyworld is taking the plunge. In a certain way it feels like we're signing away our freedom. But, all things considered, I think signing on with Lace and Denim for the Southeast US region is the best next step for us in building our line.

When we first considered a different showroom in 2008, we were scared off big-time. In fact, it was that experience that inspired us to start selling to the… Continue

The Princess and the Pea 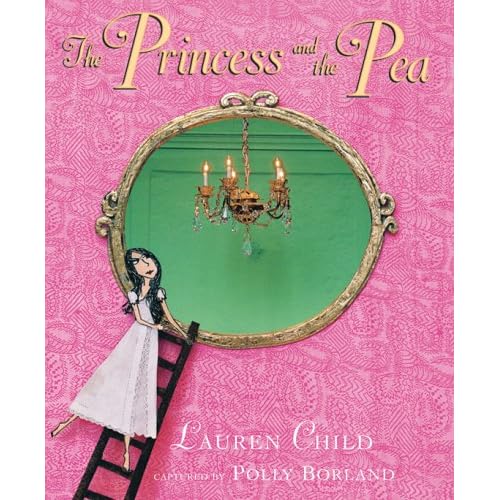 How could I have understood, before giving birth to a Princess, the humor of The Princess and the Pea?

It can get to you, if you lose your sense of humor about it. Some little girls are simply born with an acute sensitivity to anything -- ANYTHING -- that rubs them the wrong way.

I suppose I was this way myself as a girl;… Continue

My favorite fashion & style book has to be Does This Make Me Look Fat? by Leah Feldon. The title is perhaps somewhat misleading, in that it is not a strictly thinness-oriented book. It gives some very helpful tips on looking chic and having an artistically well-proportioned ensemble.

This, more than any other style handbook, has helped me… Continue

Are We Tired of Pink?

Not too long ago, we were hearing from the fashion world that Pink Is the New Black. But the faddish popularity of the color seems to be fading. The best-selling collection in my toddler girls' boutique line this season has been… Continue

Page Rank: The Chicken or the Egg??

The problem is, highly ranked sites don't want to swap with lowly 1's and 2's. So we have to settle for linkbacks from other 1's and 2's. Hopefully, some of them will someday succeed in becoming 3's and 4's, and their links… Continue

Have you ever heard this from your toddler or preschool-aged girl? Especially in the area of apparel, it seems they have an independent streak.

This has several interesting results. Firstly, in dressing themselves they reach new and interesting heights of clash. Secondly, it seems that more than 50% of their clothing is on backwards at any given time. Finally, they gravitate towards wearing certain items as often as possible, while leaving others (the ones we like best) lying forlornly… Continue

Toddler Hair Accessories: What's Out There?

Gymboree (hairpiece pictured) is clearly a leader in mass-produced hair accessories for little girls. There are also many clever moms producing unique custom hair pieces, selling on etsy or… Continue

In soliciting our business, the overseas factory Pixyworld is currently working with proudly announced that they could grade our patterns for us according to "standard US sizing." Is there such a thing??

Even for women's clothing, I've found significant variation between brands. But in the children's clothing I buy, sizing is all over the map!!

For the Toddler Divas of the World

I have two tiny divas of my own, so I knew the Accessorize Me! collection would have to be part of my toddler girls' line.

I knew it the day my 2-year-old sached into the kitchen where my husband had just arrived from work, struck a pose, and waited for him to compliment… Continue

A Basic Sewing Studio for Knits

I am indebted to the Leabu Sewing Center for not only repairing and maintaining my machines, but advising me on how to provide myself with the essential machines for my work, without breaking the bank.

Many designers do great work without sewing, but I design mainly by sewing. Since I began working mainly with knit fabrics, in developing the Pixyworld line, I realized that my sweet little Huskystar… Continue

When I was considering advertising my little girls' clothing line on Momfinds.com, I ran across a very interesting snippet on their advertising page: