Salao Lingerie Brasil (Brazil Lingerie Saloon) participates, for the third time, of the National Winter Fashion Fair (FENIN) and establishes itself as the only event exclusively made for underwear that launches fall/winter collections.
Hey wait before moving on further, I would like to share one more exciting initiative taken by… Continue EMPREINTE, France-based specialist in bras in larger sizes, will be exhibiting its Melody line at the Harrogate Lingerie & Swimwear exhibition, which will be held in Harrogate (England) from 22 to 24 February 2009. All of EMPREINTE’s models combine seductive design with incomparable support. Its latest design is the Melody line, which is made of moulded sheer lace (up to 36G). Britain, Ireland and Nordic countries are among the brand’s major… Continue

When searching for news and information regarding the Apparel Industry, I would obviously prefer that everyone turn first to Apparel Search. The reason that I select Apparel Search as the first choice is clearly because I have developed that site and it would be foolish of me to suggest another site above my own...

Those of you that have been in the industry for many years, may have memory of an apparel and textile industry magazine called… Continue

To: Designer, Merchandiser And Purchaser i was going to aau well that did not go so well i was placed on acidimic probation and my grade was passing but my GPA was nothigh enough so i will not get my finacial aid for next samaster and one class cost 2000.00 i am so upset with my self i tryed so hared i came this far. i drop out of high school at 17 and finaly got my ged at 25 and enrolled in to school at aau my major is fashion design wich is my passion and to know i cant attend becuas i cant affored to pay for classes pisses me off… Continue

It looks like Bamboo Sandals are the ishhh this spring.. On the top right we have a Python Bamboo Sandal from Miu Miu going for a strong $990 a pop!! While we have a similar T-Strap sandal on the bottom from our friends at Prada for $1,100..
You'll see me rocking those when I've won the Lottery… Continue

Hello Everyone. We are inviting you to the scouting for West Africa's Next Top Model in London & NYC. Applicants MUST BE of West African decent. We hope to see you there.

YOU COULD BE WEST AFRICA'S NEXT TOP MODEL. 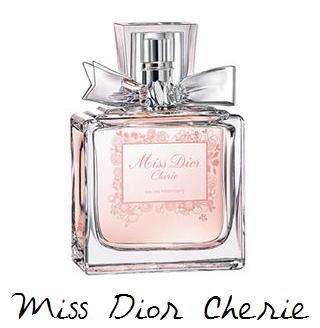 I've been wearing Miss Dior Cherie for a few years now. It's not exactly my signature but it's a scent I rely on for those days where I want to feel extra glam. I think Dior's new ad directed by Sofia Coppola personifies the je ne sais quoi… Continue

Come to our Exclusive Affair and
meet models, photographers, magazine owners,
PR companies, athletes, Celebrities and
agencies from around the world

ALL IN ONE PLACE!! Shanghai has emerged as the dominating city in intimatewear industry, especially growing stronger in past 5 years. It has been noted that the lingerie segment in Shanghai has long history and strong roots, which have helped it to defend its position even in today’s tough trade scenario.

Although the number of lingerie enterprises in Shanghai is small, all of them are quality… Continue

Salão Lingerie Brasil (Brazil Lingerie Saloon) participates, for the third time, of the National Winter Fashion Fair (FENIN) and establishes itself as the only event exclusively made for underwear that launches fall/winter collections. In this edition, which is happening in Gramado, from January 22 to 25, the Salão has over 50 exhibitors, ready-made… Continue

MIAMI was the place to be NYE... Meagan G. & Lady Solonge graced the Red carpet with their chic' attire... But WHO really won that "IT" girl look for the evening.. As usual we see Meagan with her signature latex Leggings..While we have Solonge in a more dolled up look.. ( I see those Chanel Basket Woven Booties Solonge, only you can rock those stompers & get away with it)..

YOU BE THE JUDGE: SASSY… Continue

2009 is bound to bring new adventures. Perhaps some challenges, too. Overall, I hope it gives us plenty of reasons to celebrate. As a personal stylist, every style session with a client is a celebration for me. Being a part of your epiphanies and/or transformations is an amazing experience. And it happens because you are open and ready to explore the many facets of you. As I tell my clients, the end goal is to get you… Continue

What To Wear During + After The Holidays

Before the mad rush of the holidays, I put together this ensemble for the purposes of shopping or entertaining guests in comfort. It's also quite appropriate for after the holidays. As we head back into our normal routines, sometimes we need a little inspiration without all the effort. These are easy pieces to throw together — and the accessories instantly enhance the overall look.


Women's underwear has evolved into a full-fledged fashion statement, items to be shown off, not hidden under something else. The trend is particularly pronounced in France, where lingerie enjoys a lofty place in a woman's wardrobe.

Last year, French females from the age of 15 and older spent 18 percent of their clothing budget, or $2.9 billion, on lingerie, more than in any other European country,… Continue