Isn’t it funny how my copyright final is only weeks away, and the Federal Government has suddenly gone on a copyright infringement witch hunt and closed down numerous websites without any notice or due process.Congress has been trying to pass a bill that would allow the Justice Dept. to seek expedited court orders and shut down…

Cyber Monday Sale on Endless.com...check it out!

3 skirts: 7 for all Mankind, Nanette Lepore & Tibi and 1 pair of silver Ferragamo flats…

Here is the new promotion at Folkdeals.com as follows to help you get more discount and save money.

The winner of The Big Start student entrepreneur competition, an initiative of venture capitalist Al Tamimi Investments (ATI), gets ready to pay his big break forward through his pioneering retail and fashion incubator concept, United Designers.

Set to open in April 2011, United Designers will offer up-and-coming…

Since graduating from London College of Fashion in 2010 with a master’s degree in womenswear, Korea-based Fashion designers Jin Joo Ma has had her graduate collection picked up by many stylists and photographers and has been dubbed “an old meets new clash,…

Have you ever heard of band tee shirts? If not then let me tell you that they are great outfits that people wear to support the band the love the most. If you are someone who’s a great fan of any particular band then what are you waiting for? Buy band tee shirts and show your people that you love to have them with… Continue

Some Mistakes which will Ruin the Ensemble of Your Wedding Dress

Most of wedding dresses will make brides look great on their wedding day, while some won’t.

Here are some mistakes which will ruin the ensemble of your wedding dress, when you go to a… Continue

Just because a bride is pregnant is no reason for her not to look like a bride on her big day. Sure, the style of dress clothes might be a little different, but just because the bride-to-be is also a mother-to-be, is no reason not to have all the perks. One perk is a beautiful white… Continue

If you are a horse lover, incorporate your equine enthusiasm into your wedding will be great to you. A wedding dress and wedding accessories that showcases a love of horses is only natural if… Continue

Why Not Choose a Black Wedding Dress?

Not every woman dreams of the fluffy white fairy-tale wedding. The choice to wear a wedding dress in black is a very personal one.

The new Upper East Side socialite Olivia Palermo is now popular among the social circle. She loves items with a simple design and exquisite outline. Her matching is not exaggerated but wonderful. Now, let’s draw some inspiration from her celebrity dress.

If you haven't already checked out "The Party Dress Book" by Mary Adams, (forward by Amy Sedaris) get a copy! It's really inspiring for designers at any stage in their career. Mary Adams is an amazing designer/artist in NYC who makes one-of-a-kind wedding and party dresses. She not only writes about her process as a… Continue China now has the means to spend big on luxury goods – which has been endlessly reported. 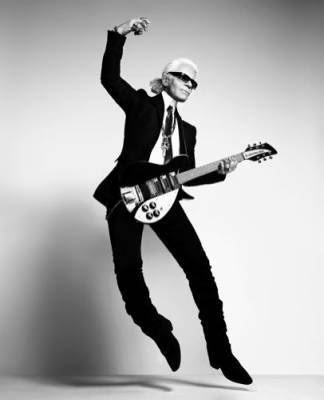 Karl Lagerfeld will be designing a capsule collection for Macy's set to debut in September 2011. Sold online and in 250 of the mass retailer's… Continue I really don't know why but I LOVE this dress...Maybe because its all over the place with he barb wire thingy going on...What do you think?