I AM LOOKING FOR A SALES REP

I am looking for a sales rep for my new dress line in west region.

Designer Consignment!!! This just in!!

We received this green Gucci leather clutch that has never even been used!! We are also offering a 10% off… Continue

Please add me on instantcast as a friend my name is Yolanda Cain on instantcast.com I also have a facebook....its facebook/RazziStarr thanks for the love & invite...

Currently Peruvians are on a shopping spree. They purchase apparels every 15 days in retail outlets. This frenzy has been heightened by increased purchasing power of the people.

A large variety of apparels have been put up for sales, to which…

Win £500 with the Redfoot Design Award

The Redfoot Shoes company is currently on the look-out for a fresh, up and coming designer with their annual Design Award. If you’re a student in fashion or design then get your sketching pad out asap because the winning design receives £500 in hard cold cash as well as seeing their design go into production and sold on the Redfoot website. Last week it was super glam Milan’s turn to showcase the city’s fashion talent. A footwear offering of glitzy gladiators, monochrome and neutral shades, wicker style boots and killer black heels strutted down the runway, as well as the familiar neon brights and chunky wooden heels seen at the previous New York and London fashion weeks.… For those of you who are into Psychedelic/Alternative/Folk Music and don’t know them yet,go and check out the wonderful band ‘The Pierces’ who just released their brand new single ‘ Love you more’ and will
release a new album this fall! Finally!!!

The Pierces are a New York based band founded by the incredibly talented and major good-looking sisters Allison and Catherine Pierce who write,play and direct most of their music themselves.

In the year 2000 they released their…

The award-winning designer, celebrity fashion stylist, founder and creative director of the House of Deréon and Deréon, Tina Knowles announced the introduction of her Miss Tina by Tina…

FIGARO Company expands its staff and has the pleasure to invite young, goal-oriented professionals of whichever country of residence to join the company.…

If you love vintage and antique clothing and accessories then this is the fair for you. Over 60 exhibitors will be selling Vintage and Antique Clothingaccessory, Hat, Handbags, …

The Past Remains So Present As the fabulous and wonderful Style.com celebrates their 10th anniversary, they brought the 10 biggest headlines in fashion, as well as other 10 tens from the past decade. Luisel Ramos, in 2006 unfortunately became one of these headlines after dying of a heart attack while weighing less than 100 lbs. It was because of this that questions regarding the serious health issue effecting models were raised. Reconsideration started to take place, but a complete…

See more of my illustrations at http://coroflot.com/brandongraham Off To Paris: Zac Posen and Balenciaga LOVE.LOVE.LOVE. Pictures above are starting with Zac Posen and then a mix between Posen and Balenciaga. Each piece has a something very unique to it from both collections. They are fun and out there but also wearable for the most It's A Wrap with Ann Demeulemeester! 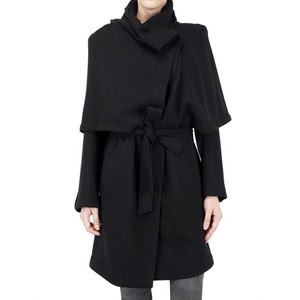 As you know by now....we love unique, different and a little…
Continue