Best dressed celebrities, what they wore on the red carpet

The stars/top celebrities made bold style appearances in dazzling looks on the red carpet choosing pretty impressive looks that worked for the event; while some went all out, some stayed simple but not safe while some got quite creative and interesting.

Beyonce who had five outfit changes shut down the red carpet with Blue Ivy in tow in a feather detailed Francesco Scognamiglio, Kim Kardashian chose a vintage LBD by John Galliano (and wet hair look), Nicki Minaj glowed in a figure…

At Kahn tailor, We dispel the myth that quality bespoke suits come at a heavy price. We operate with conviction, that high end bespoke tailoring should be accessible to all. Our custom tailoring offer a modern cut but are made using age old hand-tailoring techniques,…

It is an unfortunate stereotype that once a man becomes father, he kind of lets himself go. This has lead to cultural catchphrase like "dad jeans". The truth is that a lot of guys never had a very good sense of style prior to becoming a dad, and afterwards they just got worse. Good fashion is actually pretty simple though, especially for guys. Below are a few good tips that will help you present a whole new style to the world that both you and your family can be proud of.

Nowadays trousers have become popular item among modern women. You can create tremendous amount of looks wearing trousers and combining them with different clothes. Formal meeting or romantic date, evening festive event or just stroll around the town… Trousers will be relevant for all occasions. It is just important to find your suitable type. The tradition of wedding bands is as old as the marriage ceremony itself, symbolizing a bride and groom's commitment to their marriage and to one another. These days, wedding bands can also help brides and grooms to show off their personality with the help of ornamental details, new materials, and gem inlays. In fact, for most grooms faced with choosing a wedding band, it can…

Plenty of opportunities to secure new jordans in September

When it comes to men’s fashion, you should never underestimate the value of a fine watch. There's just something about checking a precise and attractive piece of mechanical engineering to give someone the… A light, and oh-so-soft pullover in …

The beleaguered Kenyon & Kenyon, one of the oldest names in intellectual property law, will dissolve as a firm while 55 of its last remaining lawyers join Houston-based Andrews Kurth, the firms jointly announced on Monday. The Kenyon name will not disappear entirely, however. Though not structured as a merger, certain Andrews Kurth offices on the East and West coasts, and the firm's beefed-up intellectual property… 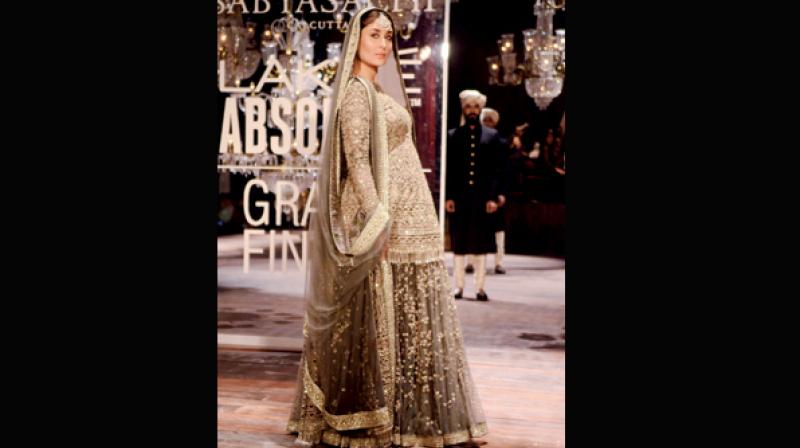 Lakme Fashion Week has had a penchant for grandiose shows and path-breaking designs, and the finale show for the Winter/Festive season, which wrapped up yesterday, was no different. With symphonic melodies playing in the backdrop, designer Sabyasachi Mukherjee’s opulent collection, titled Illuminate, filled the runway.

Even as the music reached its…

While cleaning out her mother-in-law's house in the borough, June Geczi came across a box hidden in a closet that read "wedding marieprom."

The tiny black dress, marked with a date of 1912, turned out to be the one that her husband's grandmother, Barbara Brill LaGrange, wore when she married Joseph LaGrange 104 years ago. 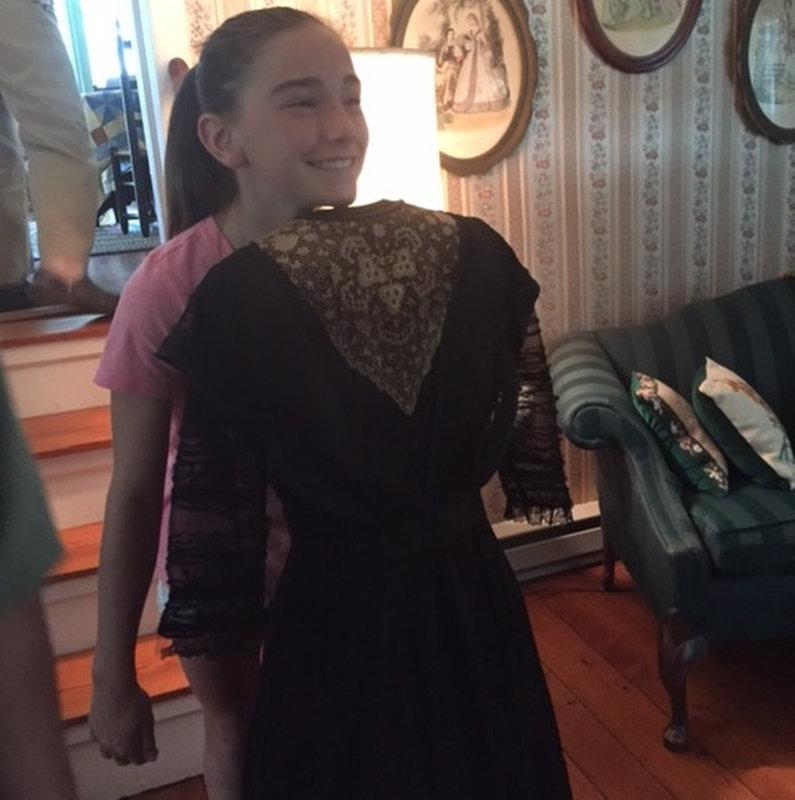 The dress was so small, and so unusual, that Geczi, 64, of the borough, and her husband,…

The choker necklace you’ve been dreaming of is here now

Chokers were thought to be a kinky accessory for a long time. Lots of time has passed since then the chokers have been broadly introduced into the fashion society and are currently acquired by thousands of people on the internet. A choker necklace is inexpensive and you could purchase it from each and every major jewelry vendor you can find. Being inexpensive doesn’t mean it's of low quality though. This is where the matter lies: finding a superb necklace which is both affordable and also of…

How to Turn Old Halloween Costumes into New Fashion Accessories

"Waste not, want not" isn't the official motto of the upcycling movement, but it almost certainly ought to be. Almost everyone, particularly parents, has old, Halloween costumes lying around - whether they're a bit tattered or the kids have just outgrown them. Either way, you can turn those old rags into new duds with needle and thread, ribbon, lace, embroidery, and whatever else tickles your fancy.

Why to wear a wood watch?

This current Valentine's Day, what are you making arrangements for the man of your life? You can exceptionally outline wooden watch for him. These watches are high quality and give an additional fabulousness to his identity. The wooden watches are most recent in the style, and it searches ideal for a calm and noble man identity. These watches are accessible likewise for easygoing clothing. Wood Watch Sale administration is accessible for you on the online stage. They look simply immaculate… Fight The Curse of Aging: 8 Secrets Aging — it is life’s given. Wrinkles, to a few, are welcome battle scars of life. On the contrary, many people perceive multiple signs of skin aging as a curse. Regardless of your take on those growing imperfections on your skin, signs of aging will…

Sunglasses are the important accessories to stay shaded in style! Be it a woman or a man, we love carrying sunglasses as it provides an extra hint of coolness to the whole look. These protective wear have now become a necessity without which stepping out of the home is not possible. But sometimes choosing the correct sunglass according to your face becomes a task! And also with so many brands offering them, one can be puzzled as which one to choose. Well, the one brand that solves the…

The Most Beautiful And Elegant Indian Dresses For You

The entire globe renown the dressing style of Indians. The Indian women of any age have an immense affection for traditional Indian attire. The Indian wear is one that has never lost its charm and will always allure people from all over the world. The sophistication can well be seen from the embroidery, the stitching, the design, the material and so many other things. These are all the mighty features of our attire we cannot overlook, for eg…

Primary school teacher Nicole, 28, was matched with former Navy engineer Keller, 26, who is covered in tattoos.

And when Nicole’s parents meet him at the altar, the look on their faces says it all!

“There’s a lot of them over there with tattoos,” Nicole’s mum tells her husband.

“I say 'no' already,” Nicole’s dad adds. “Have we got to give our daughter to this…