Just because you want to wear the latest fashion trends and styles, doesn't mean you need to spend a fortune. This week's High-End vs. Affordable style post features some of fall's most decadent fashion trends, including glamorous Baroque print dresses, cocktail rings that make a statement, and sleek and sexy suede booties.…
Continue

It’s a never ending source of amazement when you go thrifting.  Who doesn’t like finding something new inside a thrift store?  I know I sure do and yes I see and find new items from Banana Republic, J.Crew, Forever 21 etc all the time in thrift store because remember everything gets trickled down to a thrift store, its the law of physics.  Finding a new silk Plenty by Tracy… Fashion creators Ingrid Heinkel and Jetta Hanover owners of Cork Design have released a new line of eco-friendly cork handbags and other cork fashion and home accessories that are stylish as well as functional. Cork is a natural, organic, sustainable product that is soft to the touch, feather light yet durable, fire resistant and…

Hi Guys ! Today we will be looking at a very interesting emerging trend that's so "Haute " now. I'm talking about the…
Continue

Fashionista or perhaps not, all ladies must look nice enough to walk the red…

Complete Fashion Styles behind Hot Fashion Accessories: In order to complete women fashion style, you need to use fashion accessories, since…

To promote her new Fame fragrance, Lady Gaga reached out to well known Alien and Prometheus director Ridley Scott to develop a seductive,edgy,video. The fragrance is built on three main accords, dark,sensual,and light. The perfume, called Fame, comes out on the market in Sept 2012. The fragrance is available as Eau de Parfum.… 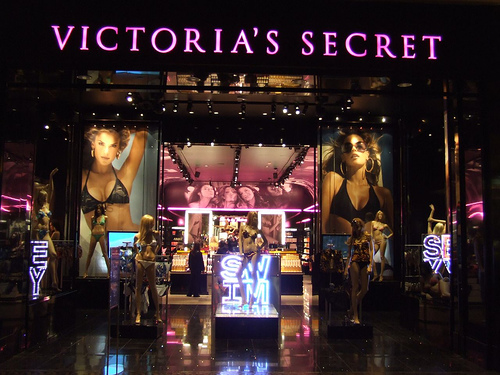 Create a Gift Basket At POSH by tori BOUTIQUE!

The first thing I would recommend to someone
looking for a gift would be our amazing oil warmers
and one of our signature oils. They make amazing gifts for someone
who would like to have a safe oil lamp for their home. It is a great home decor item for any age.…
Continue

Vlieger Vandam's Gun Embossed Clutch Is Definitely Not For Your Next Plane Ride! We've found the perfect "gangsta-chic" bag to carry on your next flight! How fast do you think you'd get stopped with this??? Maybe you're "gunning" for a dangerously styled clutch. We're sure Vlieger Vandam's "statement" bag will definitely appeal to some especially those who want to say "eff " off to the airlines.

If you're edgy with a rebellious streak...this is obviously the…

BINTMLive to feature at Clothes Show Live in December

Talent Management is excited to reveal that after two years as a standalone event, the hugely successful Britain & Ireland’s Next…