Leopard print always looks chic, so what better way to sport the trend than with this coveted Dolce & Gabbana iPhone 4 case? The sleek design is crafted of faux-textured leather with a black leather lining and will help protect your most precious accessory when you're on the go.The eye-catching design will also make it so easy to "spot" your iPhone in your bag - no more rummaging around in your purse for your cell phone! It's both functional and…

The particular runways of Big apple and Paris are classified as the forerunners with the forthcoming season trends. History generally repeats itself this also definitely may be the case involving fashion. The pattern in sandals for ladies is the particular comeback involving three popular…

Perfection of Plus Size Models The term plus size is an explanation of women who possess a voluptuous structure and a body frame of extra proportion. In short anyone who is in a size 14 or over fits into the plus size clothing category. The plus size clothing industry has come a long way and models of all shapes and sizes are being used to advertise these beautiful clothes. From the Red Carpet to Fred Segal! Haute Betts is now available in stores too!

From the Red Carpet to Fred Segal! Haute Betts is now available in stores too! (via The Los Angeles Fashion)

According to Heather Betts, designer of the Haute Betts fabulous…

Get cool and cozy look with latest summer collection 2012 at Angrakh.

There are different types of material which will make you feel comfortable in the warm of summer. Here at Angrakh.com you can shop your favorite Indian designer dresses online without going anywhere. The latest summer collection is recently arrived at our online store to protect you from the heat of summer. … Style Files: I'm a Witch and a Gremlin, You're Home Watching Snick at Night

Sometime I wonder if I could clone myself and send me to every major city in the country pillaging thrift stores what all I could find.  I mean think about thrift stores in Dallas, Houston, Chicago, NYC, Miami, Los Angeles, Seattle, DC, etc and all I could find if I were cloned.  The thought of that just makes me high on life.  Seriously I think about shit like that.  Ok so here is my haul for this past week: Piazza Sempione blouse, Jil Sander velvet… 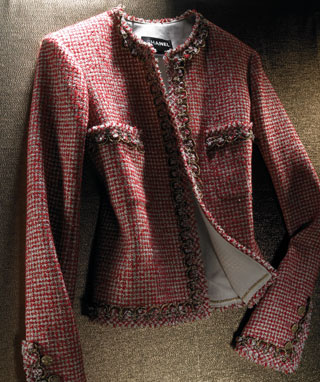 My lust for all things Chanel continues.... My newest 'must have'? THE jacket. I say THE because if there's one piece every woman needs to round out the perfect wardrobe, its a Chanel jacket.…
Continue Nothing like a 90′s Moschino strapless dress is there???? The award winning, London based Jeweler, Astley Clarke has announced the launch of their new, exclusive North American website servicing both the US and Canada. Up until now the US market has made up 10% of total sales for Astley Clarke; in response to a sharp increase in demand a dedicated North American site has been launched to much acclaim. Astley Clarke combines cutting edge technology with old…