In fairness to all parties involved, I must be clear to point out that I know almost nothing about this case. Only what I know from reading a press release today on the subject. Anyway, I thought it was interest to write this up as a blog message so that I could point out to of the smaller size companies using the Fashion Industry Network, that it often pays to put up a fight when necessary. Even when going up against a goliath, fighting for your brands,…

mommy chic... a la Jessica Alba! forget the bugaboo and break out the burberry -

So it looks like there was some commotion on West Broadway the other day, when Jessica Alba took a neighborhood stroll and ended up at one of my frequented neighborhood spots, Petit Abeille. Let's just say she fit right in stroller and all, TriBeCa is notorious for being a baby mecca to some of the best dressed moms in the city! Looking modern, stylish and chic, but like you're not-even-trying… Continue

Oh Adeline-Adeline, what does a girl wear with her $1,000 TriBeCa bicycle?

So by now, no doubt, you've already heard (or read) about this amazing new bicycle shop that's made a home for itself on Reade Street in TriBeCa. That's right, Adeline-Adeline has been getting plenty of buzz, all thanks to their old-fashioned, European style cruisers that DO NOT come cheap. Which brings me to question what does a girl wear on her $995 bicycle from Adeline-Adeline. Poppy is a…
Continue 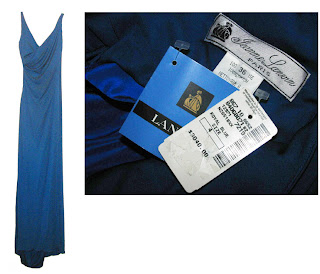 Victoria's Secret launches new fragrance Heavenly Flower ! Even in a scent theirs a fashion trend... FOR FLORAL FASHION TRENDS YOU CAN VISIT WWW.AURORASBOUTIQUE.BLOGSPOT.COM

It's been awhile since I've been here in FIN and i'm so happy to see new friends and update my blog post. My focus has been building my brand I started by organizing a local meetup group called Makeup and Shakeup. I've learned that I really love teaching professional makeup and now my group has over 115 makeup artists!

Through my efforts I've been able to build my sponsorship and now I'm teaming up with Mint Management and Staffing 911 here in New York City, a model agency and…

Creativity is such a fun thing. I saw a bright, soft, but kind of stretched out sweater at a resale shop recently. While looking at it... I saw all of the elements for a hat. I love the result. I love expanding that part of my design focus...more transformations to come! So, I have managed to get a website together!
http://www.victoriarosso.com…
Continue I was born to Dream

Last day during the midst of the night, I accidentally woke up. I felt the smooth whisper of cold air through my face. My God, I forgot to close the window before I went to bed.


But that is not the reason of what disturb my being. Before that night, I was looking on my favorite Cinderella dress and I don’t know what happen but ‘til on my sleep…

Epic Fail of The Day : Dior, Where's My Snake?


There is no way in Gaga hell that the man who was responsible for this
quote :"My dream is to save women from
nature”; e.g Chistian Dior the Man himself, would have authorised
the release of this reptilian zoo collection whilst… Continue

Last night, we planned to meet some friends at a wine bar for an evening of catch-up and conversation. It was simple enough.....no drama, no major planning to see what outfit I would wear...it was just supposed to be relaxing. BUT...it was a Saturday night....and we were going to a very trendy part of town. So, "relaxed wear" translates to: wear something chic but dont look like you took hours to get dressed!

Ecommerce Solutions for Jewelers which can help you boost your sales..

Nowadays every upcoming brand, retail outlets, manufacturers, wholesalers, etc.. have there presence on internet through an online shopping cart which allows there visitors and customers to buy online all around the world. But does getting a shopping cart can suffice your business demands ? No.
You will need to keep it updated, make it attractive, get on the top ranked over search engines.

"This work was my first experience as a stylist of photoshoots (thanks to online fashion magazine FotyMody for this opportunity). So I took this task seriously.
The first idea was to make shootings in the circus, but we decided to give up on it in favour of another not less attractive place for the shootings – hall of distorting mirrors.
It turned out that there is only one company, in Kiev which has four distorting mirrors located in 2×5 meters room. The half of this room is filled… Continue There’s no age bound to being fierce in the fashion world.

Abella’s talent was spotted by a teacher at his school…

why suit hanger should be used to hold fine suits?by the author Y.Tilden

Suit hangers are a must in every closet - they prevent dimpling and maintain the shape of suits and jackets. Using regular wire or acrylic clothes hangers can deform or even damage the material, which makes it important to use a suit hanger when storing a suit or jacket.

Aside from providing ample protection for an expensive suit, high quality hangers can also serve to complement a wardrobe's look, and can be a valuable addition to…

There are many types of Specialty Hangers that can be used to fit specific needs of clothing items. There are hangers with clips, hangers with garment specific notches, streamlined metal hangers, and decorative hangers of all kinds.