Get Something New in My Wardrobe

I can’t believe I did my last lookbook video 4 month ago! For the first time in 2016 you can find a new video up on the Youtube cannel of Tamaris TV. And it is a very special one, I am showing you the hottest shoe trends of the year. For a little sneak peak you can check this blogpost and find the first pair I styled for the lookbook.

A size above and a little bit too wide: the boyfriend jean settles in landscape mode. Minimum total look or version festival: here are our three ways to wear it with conviction.

With the return in force of the 1990s, the boyfriend jean continues to inspire. It’s assumed cool QuickDraw and aura mode that fades not made the basic one of the essential pieces in recent years. Torn, faded or wiser: the piece to the fake retro tunes goes to all styles and survives to ephemeral trends. Back… 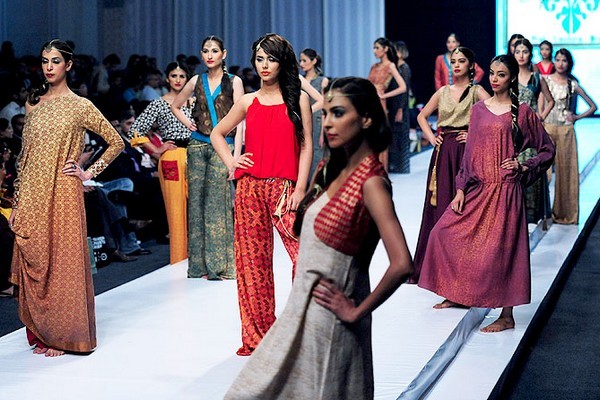 Contrary to all the ardently propagated stereotypes, Pakistanis are not just people clad in burqahs, salwars slight above the ankles and caps. People of Pakistan are vigorously in love with colours and beauties of life and their various cultural attires reflect this attribute. Not only our traditional short formal dresses and jewelleries are exquisite, Pakistan’s fashion industry has been showcasing…

Banana tried to leave their classic sweaters and tailored pants behind for a more fashion forward look, but now they're bringing the staples back

When you close your eyes and think of Banana Republic, what do you see? Brand president Andi Owen hopes you see tailored pants, sweaters that fit just right, and classic outerwear that brings the whole outfit together. These are Banana’s bread-and-butter products, but if you’ve walked into a Banana Republic anytime in the past year, you’re…

"I'm not even going to go there," says Annie Leibovitz, nodding toward her portrait of Caitlyn Jenner— veins and breasts bulging out of her white bodice — not on the cover of Vanity Fair, but up close and personal, on a floating wall in a 1951 U.S. military outpost in San Francisco’s Presidio National Park. It’s March 22, three days before the launch of the first North American stop on the…

AskMeWeddings is sponsoring the grand prize 3-day all-inclusive Caribbean vacation prizes for the “Nominate Your Fiancé”, an online photo contest organized by David Tutera’s “Your Wedding Experience”, a series of wedding expos in Houston (April 17), Ft. Lauderdale (May 22), Atlanta (June 12), and Philadelphia (August 28). 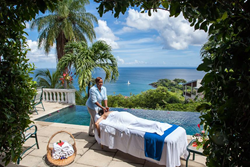 On Sunday, March 20th at 9:00pm I thought to myself, “Thank goodness, Vancouver Fashion Week (VFW) is finally over!” A second later I thought, “I’ve just been inspired by some amazing designers, is it really over?”

I was 20 minutes behind schedule and arrived at the Chinese Cultural Center at 3:40pm. My Media Pass allowed me to jump the long queue and enter the venue. Unfortunately the front row of the ‘first come, first serve’ Media Pit was filled with a mix of photographers and…

The fashion style in jeans I have a problem jeans. I love jeans in all colors and shapes and possess a whole lot, or had a lot. Now not more, as I tell you in my last post for wardrobe muck. Because the main problem has been: no jeans fit perfectly. Now I own a black skinny jeans from Self nation that fits like a glove. It is precisely tailored and thus neither too long nor too short and is also… First Holy Communion suits girls have changed a lot. And although certain key lines remain unshakable, they are now the ones who take the floor in design and accessories you want to look your big day and there are many more possibilities in classic dress(cheap formal…

Of all the Duggar siblings, Jana might be the source of the most speculation and mystery. After all, she's 26 years old and not married, which, in the Duggars' universe, is basically unheard of.


On Tuesday's new episode of Jill and Jessa: Counting On, while some of the family went to Central America to visit Jill and Derick, Jana rescued Jessa and Ben (mostly Ben) from a potentially disastrous home lighting project. This is what Jana does, it seems, and has always done — she takes care…

Breeze Into Spring With These Shoulder-Grazing Statement Earrings!

As this fashion writer knows all too well, the allure of statement shoulder-grazing danglers are hard to resist. Dusting up plenty of style and magic with each sway, this deeply architectural and dramatic accessory easily makes enough impact to encapsulate an ensemble. It’s perhaps why the accessory has dominated the runways for seasons and shows no signs of slowing down come fall, what with new shimmering styles recently seen fluttering about at Céline and Balenciaga.…

Ask a toddler's mother about her friend and most of them would readily reply that it is their yummy mummy diaper bag. Once you become a mum, you may need to make some changes to your wardrobe and opt for everyday styles that would make you feel comfy enough to get you through the day with your energetic kids. At the same time, you would want to go out and enjoy with your little one. For this, the most important accessory which you would need is a nice and… Whether you’re a nurse or a doctor, a policeman or a guard, it is your uniform which will help you to be identified for the good work you’d be doing for the people. To provide everyone with these, there are a number of formal uniforms manufacturers who make these uniforms for almost all kinds…

Jenifer: Its very sexy look for the Sidaction 2016!

Sensual dress that recalls the looks of "The Voice".
Her looks always perfectly studied for each premium The voice you were missing... Jenifer obviously felt it and offers one of its most beautiful looks for the Sidaction 2016.
It is on his Facebook page that the 33-year-old singer gave an overview of its party for the registration of the Sidaction 2016, Monday, March 21, at the Lido, in Paris. For the occasion, the MOM of two boys, Aaron and Joseph, had opted for a black body dress,…

The wedding dresses from country chic style for the year 2016 see the triumph a color palette with floral colors and nature-inspired.

If one has in mind a romantic wedding, one of the most creative ideas chic country style is well suited to the warm season.

Why do so many brand spin-offs fail?

If the name Giorgio Armani came up in a game of word association, what would you say?
It's a fair bet that clothing or jewellery popped into your head, but how about posh apartments? In fact, the Italian fashion designer is now creating swanky homes around the globe from China to India and the UK.
Similarly surprising examples abound from car firm Bugatti opening clothing stores to fashion designer Vivienne Westwood opening a restaurant in Hong Kong.
And there are countless…

Go online and find out the reliable wholesale diamond supplier

If a woman has more jewels then she will be the happiest person in the world. Since earlier days, the connection between women and jewels are inseparable. No woman will say no to jewels. Therefore they will always curious to buy more jewels as they wish. Even many men will also be interested to buy different ornaments which are especially available for men. Different elements are being used in the jewelleries and each of them will be having a price range. Diamond is one of the costliest…

Vintage. A storehouse of Inspiration

Vintage. A storehouse of Inspiration

"I love older things that people have used and cherished.

They have personality, character, and soul."
- Anna Hillegass.

Our past has always been a storehouse of inspiration.

It is no secret that fashion always repeats itself. An increasing interest in vintage fashion indicates that fashion trends always come…

As Mariah Carey's Sweet Sweet Fantasy Tour continues to roll through Europe, the singer is scheduled to perform at Brussels' Forest National venue on Sunday.

But in the wake of Tuesday's deadly explosions within the city, it is unclear whether the Belgian government will allow Carey's show to go on. 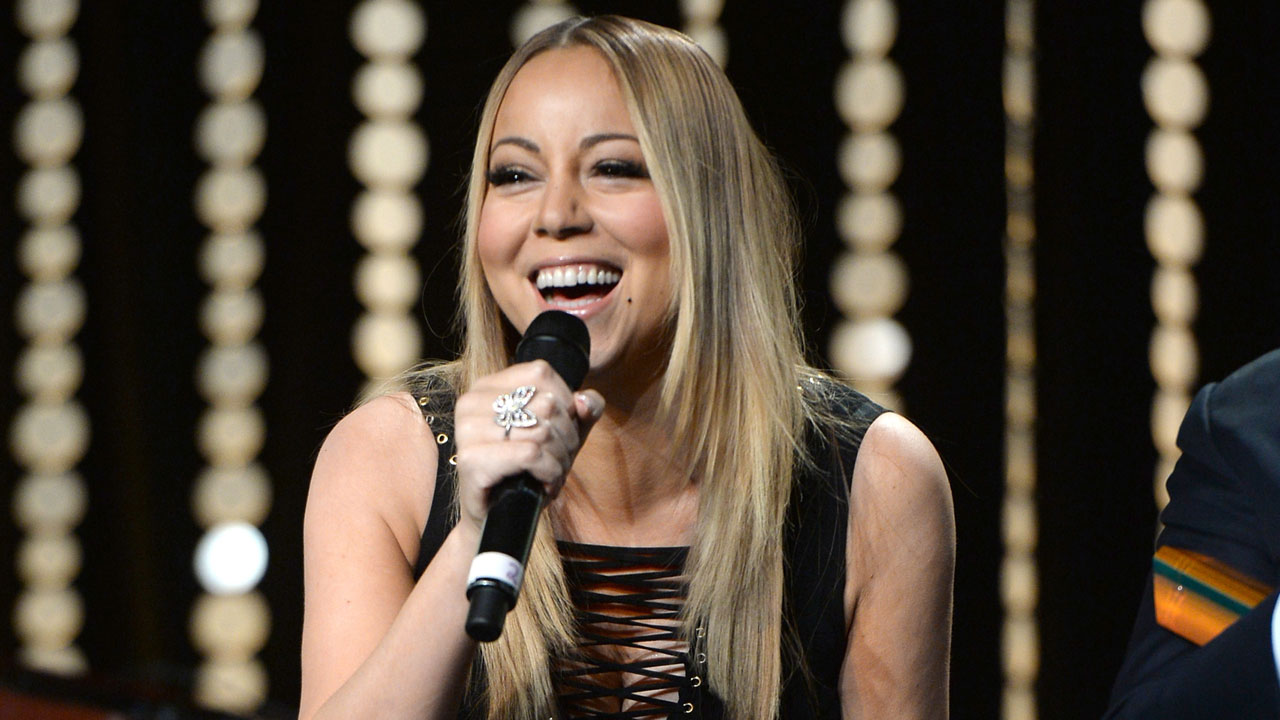 Though her performance has not yet been…

Giorgio Armani to Remove Fur From All of His Collections

Giorgio Armani to Remove Fur From All of His Collections

Giorgio Armani wants you to think twice before investing in a new fur coat. Actually, he doesn’t want you to buy one at all.

Today, the iconic Italian designer has announced that all labels in The Armani Group will be completely fur-free. This decision, made in agreement with The Humane Society of the U.S. and the Fur Free Alliance, will coincide with the production of his Fall/Winter 2016…