Cate Blanchett in Givenchy at the Oscars

We’re all used to having Cate Blanchett a nominee at the Oscars, but this year the tables have turned, as...http://www.fustany.com/web/yoursdaily/post-176-category-News-Cate-Blanchett-in-Givenchy-at-the-Oscars.html

Amy Adams in Lauren Scott at the Oscars

Beautiful actress Amy Adams graced the red carpet with a blue glittery gown by Lauren Scott. Going with the ...http://www.fustany.com/web/yoursdaily/post-175-category-News-Amy-Adams-in-Lauren-Scott-at-the-Oscars.html

Hailee Steinfeld in Marchesa at the Oscars

Hailee Steinfeld is definitely today’s youngest nominee at the 83rd Academy Awards, but that didn’t keep her from on  http://bit.ly/gyzxiG

Milla Kunis rocked the red carpet on the 83rd Academy Awards on http://www.fustany.com/web/yoursdaily/post-173-category-News-Milla-Kunis-in-Elie-Saab-Lila-Gown-at-the-Oscars.html 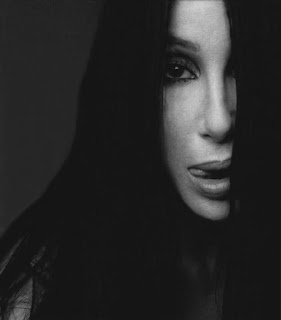 This post has had 3 different incarnations.  It wasn't even originally about Cher.  It was about Donna Karen, then Roberto Cavalli.  Then I looked up at the TV and spotted Cher.  And here we are.

Some may wonder what Cher has to do with fashion.  Well, quite a bit.  …
Continue I absolutely love this chic black leather studded “Edie” bag from 3.1 Phillip Lim!  That studded bow is the perfect tough/sweet combo and will add a little extra edge to any outfit.  Plus, with a wide range of colors and materials, from camel leather to purple suede, there is an “Edie” bag for everyone… and at $695 you won’t break the… After gold price is up to the sky, sterling silver jewelry charges in that place quickly and widely. Not even only for that reason, many people love silver…

Most Coveted at London Fashion Week

What are the most coveted Trends for Fall/Winter 2011 & which ones should you follow, right off London Fashion Week's runway? Find out now on http://www.fustany.com/web/events/event-profile-trend-report-11-London-Fashion-Week.html

Isn’t finding luxury brands like Max Mara & Gabriele Strehle inside a thrift store, in pristine condition, like winning the Golden Globe or Oscar?  That’s really a tough call because both awards are so important, just like both of these luxury brands so I’ll have to say both!  This black stretch Max Mara top is really shifting into high speed here… Dima Ayad, the brand known for celebrating women in every size and shape, has taken London by a storm. Find out what went on... … Continue When most people think of brand recognition or brand loyalty, they think of large  companies. Brands  are not exclusve to large comapnies ; brands can make smaller business  stand out and be  very successful especially when in competitive / fickle  industry , like the  fashion… That's So New York - Coco Chanel in the 1930's hired a young designer of Italian aristocracy, named Count Fulco Di Verdura to do textiles for her. She and he soon found that his strengths as a designer lie elsewhere, namely jewelry. Chanel had her opulent pieces of jewels reworked into what would become… Continue

Sephora teams up with beautyfashionforward.com

On Wednesday, February 23, 2011, we teamed up with Sephora to enhance the
beautyfashionforward.com experience!