What Could be the Big PRADA SECRET? FIND OUT NOW AT FIERCE OBJECTION!

The Future of Vintage Fashion

I will be eternally grateful if anyone would fill this out? Please post your answers in the comments section of the blog. Or if you have any other comments to add to this subject feel free to post them here.THE… Continue

All about swimwear trends

This spring will certainly make you eager to hit the beach. However, whether you are in a fantastic beach of Miami, in the awesome luxury of the Australian Gold C…

Not every bride is a "perfect 10." In fact, sizes 14 and 16 are the two most
common sizes ordered, according to designers at Enzoani, one of the country's
leading bridal manufacturers. Even in California, where women are seemingly
obsessed with squeezing into their skinny jeans, plus sizes in bridal are
ordered daily. And that's exactly why…

I have to admit I knew nothing about the brand Dice Paris but something about the construction of these slacks, size small, screamed out to
me. Dice Kayek is the fashion
label from a Turkish born fashion designer Ece Ege who primarily works
out of Paris. The designer was born in the Turkish city of Boursa, and
has been said to be inspired by the… For the second season running, Burberry showed its Prorsum collection at the end of London fashion week. It’s quite fun, all things considered.…

«As for me, I divide photos into two groups. One of them is that photos which have stirred me. And second group I call “the others”. What does make the photo special, memorable, alive? The zest of the photo exists when the author embodied his idea exactly as he have imagined. Therefore, each person with powerful imagination and ability to present his ideas in the graphic shapes can create photo masterpieces”. – Vasily Slusar, photographer,… Continue

Learn How to Start or Grow Your Fashion Company during this tough economy from the Experts who’ve done it all!

OK, the plan was to launch the Abbot Kinney Blvd. episodes the first or second week of March 2010. However, I am super impatient... I could not wait any longer. Therefore, we decided a few moments ago to release the intro video to our Abbot Kinney series. You can view it now at StyleMouse. More specifically, you can go to the… Wardrobe stylist, Tina Jimison and photographer, Patrick Love teamed up to create a “coffee table” fashion book. We are looking for the best of the best high-fashion/couture designers. We will have a team… 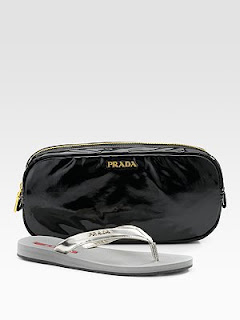 Behind Every Josie Marin Lipstick Is A Recycable Tube!

Behind Every Josie Marin Lipstick Is A Recycablel Tube! 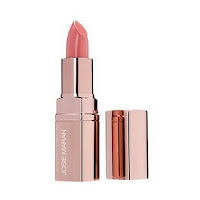 Brioni has such a nice sound to it.

There is absolutely nothing that smells like good old fashion money than something from Brioni. I wish you all could have been there when I
first saw this gorgeous Brioni French
cuff size 15 1/2 dress shirt at the thrift store. I saw the label
Brioni tailored in Italy for Neiman Marcus and I couldn’t shake my
grin. Brioni, a heavenly archipelago… Today marks one of the first few mild days of weather here in New Jersey, which hopefully means that Spring is on its way! We’ve seen so much snow around here lately that everything has been somewhat drab

You know you’re supposed to be blogging, but you’re not. You don’t have time, and besides you’re a retailer not a writer. We get it. That’s why you should let us blog for you.

All you have to do is send us a little info about what you want to promote. We'll write the post for you, send it to you to approve, and then post it on your blog and several other blogs and forums on the internet.

What if you don't have a blog? Then we'll make one for you, free of…

Wrap, Knot, Twist, Fling and Drape! It's All In the Wrist!

Wrap, Knot, Twist, Fling and Drape! It's All In The Wrist!…